Bollywood is synonymous with controversies and the industry has had several in the last 10 years. From leaked photos and nasty break ups, to bar fights and films getting shelved, our actors made headlines for many reasons. Here are a few famous scandals that you would not have forgotten. 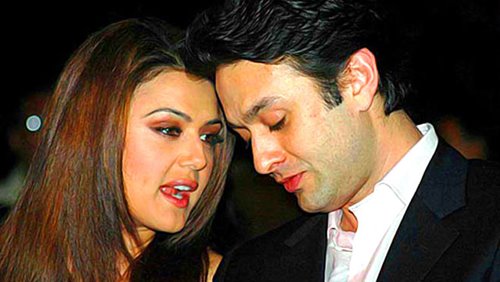 Salman and Shah Rukh's friendship took a hit after the two, reportedly, had a heated argument at Katrina Kaif’s birthday bash. Then, at an Iftar party hosted by Baba Siddiqui, they decided to let bygone be bygones. Today, they are happily promoting each other’s films on social media.

Preity and Ness were a much-in-love couple until the former filed a molestation complaint against her businessman beau. She later took to social media to explain her stance on the issue.

Shiney's maid accused him of rape. He apparently stated that he had consensual sex with her and then allegedly retracted it. Apparently, the maid withdrew her statement too. The case appeal is still pending in the Bombay High Court.

The box-office clash of Ajay's Son Of Sardaar (2012) and Jab Tak Hain Jaan (2012), produced by Aditya's banner, was a much-awaited one. Then, Ajay filed a complaint against the production house, accusing it of using its “dominant” position in the market, and not giving his film enough single screens.

They have started to open up about their alleged relationship now, but Ranbir and Katrina were known to be secretive. So when pictures of their “private” holiday in Spain made it to a magazine cover, the duo was furious. Katrina even released a statement to the media stating her displeasure.

Madhur's ambitious project, Heroine (2012), was supposed to star Aishwarya, and she even shot for 10 days. However, it was revealed that she was pregnant, and an upset Madhur announced that he had shelved the project. Madhur made his displeasure clear, which also left the Bachchan’s furious over the insensitivity shown towards their daughter-in-law.

At a party, Shah Rukh allegedly slapped Shirish. Reportedly, the director made an inappropriate statement about his film. This incident led to a fallout between SRK and his long-time friend, Farah Khan (Shirish’s wife). The trio eventually sorted things out.

Vashu accused Irrfan of being unprofessional after he allegedly asked the producer to delay the schedule of a film they were both working on, at the eleventh hour. Irrfan reacted sharply; strongly denying the accusation.

After Aisha (2010) released, Abhay openly spoke about his displeasure towards the amount of money spent on Sonam’s wardrobe. Sonam retorted, and the war of words followed that later also involved her father, Anil Kapoor.