The beloved uncle-nephew pair of Ishqiya and Dedh Ishqiya — Naseeruddin Shah and Arshad Warsi — will be back together for the third time in a forthcoming film that is slated to start in September. Arshad confirmed the news stating, "Naseer sahab is a dude. Yes, we have signed the film and I am looking forward to it. It's a thought-provoking, serious, social issue-based film and unlike Ishqiya, there is no touch of comedy in it at all. I play a hardcore cop in it. I am on the right of the law and Naseer sahab isn't." 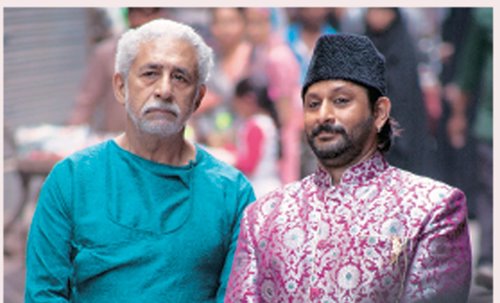