Heroines in Bollywood such as Deepika Padukone and Kangana Ranaut haven’t shied away from talking about the pay disparity based on gender that exists in Bollywood. Many of their colleagues, including male stars from the fraternity have backed up their statements. Salman Khan is not of them. The actor was quick to dismiss their claims, terming it as “bulls**t talk”. “The question is, who is pulling those people into a theatre? If a female star is getting those many people and the producer is making money, the exhibitor and distributor are all making money. So then obviously they (female actors) will get that much money but if it’s a male star, then he will get it,” states the Dabangg lead. 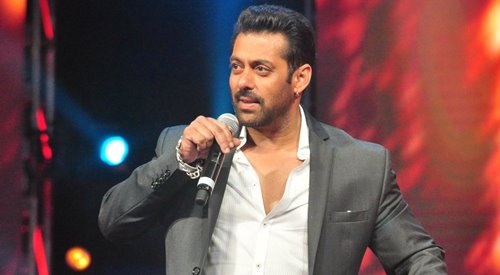 He adds, that there are many male actors who are earning less than actresses in the arena and that is attributed to the command over the box office and ability to pull in crowds. Salman Khan elaborates: “There are male stars in the Rs 1 to 3 crore bracket and there are lots of female stars in the Rs 5 to 7 crore bracket; that’s also there, right? Why doesn’t anyone talk about that? So this whole female ¬stars-male stars debate is bulls**t. Whoever is selling, and as much he or she is selling, will get that much.” Another point made by the actor is that the worth of a star no longer needs to be guesstimated as the industry has become a corporate field. “Today, there are managers who monitor everything, the business is very clear. So whoever brings return on investment gets that much money — simple!”, shares Khan, who be seen next in Sooraj Barjatya’s Prem Ratan Dhan Payo.