Salman Khan‘s father Salim Khan has been admitted to the Lilavati Hospital in Mumbai. Sources suggest that the acclaimed screenwriter complained of some pain and was taken to the hospital for immediate treatment. The doctors performed a minor surgery on Salim Khan and he is now on his way to recovery. During the time he was admitted in the hospital, Salim Khan’s children Arpita Khan, Arbaaz Khan, Alvira Agnihotri, Arbaaz Khan and Sohail Khan were by his side constantly. The Khan family got a health scare but now that Salim Khan is recovering, everything is back to normal at the Khan household. Salim Khan would be discharged from the hospital soon. Salim Khan’s minor surgery at the Lilavati hospital is just a minor roadblock in the otherwise happy phase Khan’s family is in. Salim Khan’s daughter Arpita Khan is expecting her first child with Aayush Sharma. Salman Khan’s much awaited film Prem Ratan Dhan Payo is gearing for a Diwali release. Salim Khan’s sudden hospital visit may have posed a minor threat but now that he is out of the woods, we are sure the family is rejoicing. 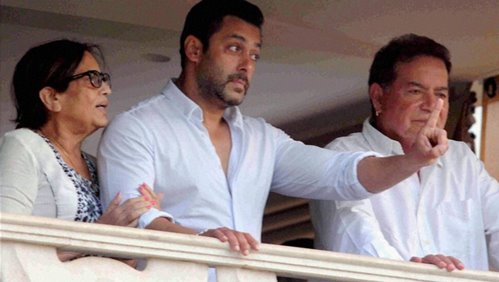