We told you that Kishwer Merchant will be a part of Bigg Boss 9 and now we hear that her boyfriend Suyyash Rai is also going inside the house. He made his TV debut with Pyaar Ki Yeh Ek Kahaani which also had Kishwer and the duo has always been open about their relationship. Suyyash who has done serials like Kya Hua Tera Vaada and Kaisa Yeh Ishq Hai Ajab Sa Risk Ha even did a music video Khushnumma with Kishwer. Interestingly, a couple of months ago on his birthday, Suyyash had announced that they would get married by the end of this year. Will they tie the knot inside the house then, like Sara Khan and Ali Merchant had done in Season 4? 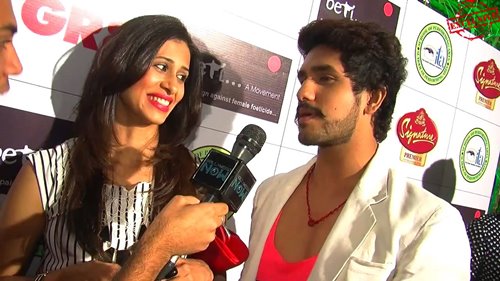 Another name added to the list of contestants is VJ turned actor Keith Sequeira who made his Bollywood debut in the film Sixteen and was seen recently in Calendar Girls. What’s interesting is that Keith is dating Rochelle Maria Rao, who will also be a part of the show. With Double Trouble being the theme of the show, contestants will be doing tasks in pairs and that’s probably the reason this time the makers have chosen couples, who are dating or were exes (like Ankit Gera and Roopal Tyagi) to be a part of the show. And if not, they will be teamed up for the task, informs a source.