Actor Randeep Hooda says that playing the quintessential lover boy of Bollywood films has never been his ambition as an actor. The 39-year-old actor will be next seen in director Prawal Raman’s upcoming film “Main Aur Charles”, which is loosely based on the famous Tihar jail break of 1986 of Charles Sobhraj. “For every role that I play whether it is in ‘Highway’, ‘Rangrasiya’ or ‘Once Upon a Time’, my thrill is to experience something new and discover something new about myself,” Randeep told. “To play Raj (lover) in every movie has never been my ambition and it will never be. I try not to repeat myself even though people say you have done a lot of cop roles… I just say one thing ‘is every journalist the same? Then how can every cop be the same?” Also, Randeep’s perception about Sobhraj underwent a tremendous change while doing the film. “As I got to know a lot more about him, my perception did change. We cannot play a character without empathising with the person,” he said. “I got into why he did it. Without being present over there… I used to think why he did it and to what avail (extent). 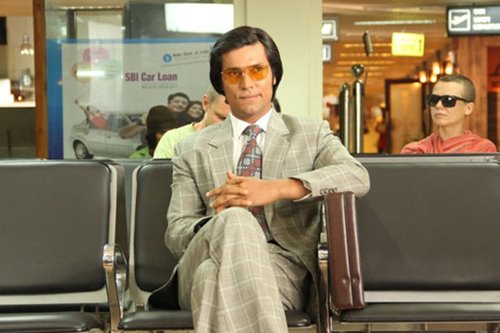 There is nothing called doing intense parts in films..its called involved. I get involved with each film that I do,” he added. For getting into the character of Charles Sobraj Randeep saw several clips. “My motivation for any role has always been the personal aspects of every character, never the job. So similarly in this way we saw some documentary footage of his, we met a lot of people, Prawaal did most of the research before we started,” Randeep said. “All the people who he (Charles) met had different stories to tell about him. We went in for articles and documentaries which were made on him. This was fulfilling for us and more helpful for us than people whom we met because they all spoke about a different person every time, which was very shocking,” he said. Randeep feels playing real characters on screen is a different ball game. “Real characters do not give you the freedom that fictional characters do. I feel both are equally difficult,” he said.