The month of January has never been considered lucky when it comes to releasing films — be it Matru Ki Bijlee Ka Mandola (2013), Players (2012) and Chandni Chowk to China (2009). However, this year, it seems Bollywood is breaking the January jinx. Akshay Kumar and Nimrat Kaur’s Airlift, Amitabh Bachchan-Farhan Akhtar-starrer Wazir and Sunny Deol and Soha Ali Khan’s Ghayal Once Again will hit screens next month. Trade analyst Atul Mohan says that more films and limited release dates is the reason filmmakers don’t mind a January release. “We can’t generate more Fridays in a year and people want to avoid clashing their release dates. Also, this year, many films were scheduled for December, but have got delayed, which is why they are now releasing in January,” he says. 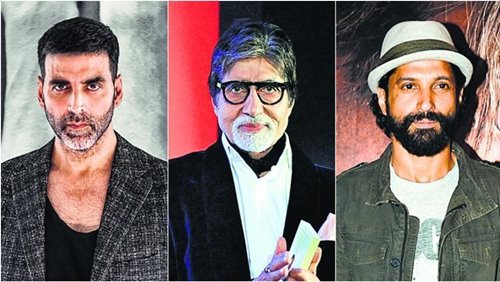 Filmmaker Milap Zaveri, whose film Mastizaade also releases next month, says the January jinx is a thing of the past with films like Rang de Basanti (2006), Race 2 (2013) and Baby (2015) doing great business in the last few years. “Similarly, the myth of films not doing well during IPL or Ramzaan also has been broken with 2 States and ABCD2, I’m confident Mastizaade will begin 2016 with a bang!” he says. Film distributor Rajesh Thadani says that with many big-ticket releases in 2016, January is a good option. “There are so many films lined up and the only clear dates were in January. This was the only time when they could get screens,” he says. Actor Juhi Chawla, whose film Chalk and Duster will release next month, says it doesn’t matter to her. “I’ve heard of this January release hesitation before as well. I remember Phir Bhi Dil Hai Hindustani (2000) released in January and met a lukewarm response. But two weeks before that Rakesh Roshanji introduced Hrithik and Ameesha in Kaho Naa... Pyaar Hai (2000) in the same month and it was a blockbuster,” she says.