From being an outsider in Bollywood to making her place amongst actresses with big-ticket movies, Jacqueline Fernandez has surely come a long way. The former Miss Sri Lanka, who has had hits like Murder 2, Housefull 2, Race 2 and Kick, is excited about the diverse roles that she will soon portray on the silver screen. She says that 2015 was her "busiest year" with four films, including Brothers, and she can't wait for 2016 to roll out with a mixed bag of films like Dishoom, Housefull 3 and A Flying Jatt. Having played glamorous characters in some of her earlier movies, the erstwhile model reveals Dishoom, co-starring John Abraham and Varun Dhawan, gave her ample scope to have fun. The actress, who sports a grunge look in the film, elaborates, "My character is like one of the guys, with loads of attitude. 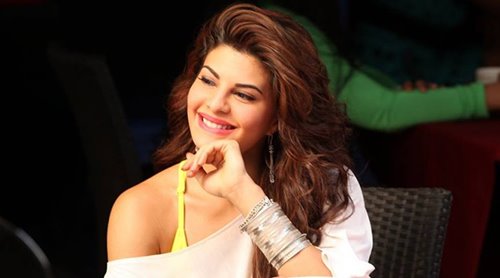 She's rough and tough who can pretty much do everything they can do.Being a part of the chase sequences on high-speed bikes gave her an adrenaline rush."It wasn't the usual choreographed action, but more on-the-run, on-the-road kind of thrills that gave me many heart-in-mouth moments," Jacqueline recalls. She has a diametrically opposite role in A Flying Jatt, as the love interest of the superhero essayed by Tiger Shroff. "I play a girl-next-door who is quite unpredictable and has a good sense of humour," says the artiste, adding, "I enjoy doing comedy. I haven't portrayed a funny, dorky character before. The most important thing is that you don't bore the audience." Talking about her inspiration, Jacqueline adds, "Our craft is all we have. So, we should keep it challenging and exciting. Else, there's no actual growth. What motivates me is that the best is yet to come."