Salman Khan’s father Salim could have been Bollywood’s ‘Bajirao’

It is indeed a coincidence that a father-son duo was offered the same role during their respective careers. Here, we are talking about Salim Khan and Salman Khan, who were approached by filmmakers to essay the character of Maratha Peshwa Bajirao on the silverscreen! We all knew that Sanjay Leela Bhansali had Salman in mind after conceiving the concept of ‘Bajirao Mastani’ for celluloid. However, even after waiting for over ten years when things didn’t materialise, he zeroed in on Ranveer Singh to play the warrior. And interestingly, Salman’s father Salim was approached by Marathi writer-director Vishram Bedekar in the 1950s to play Bajirao in his film. 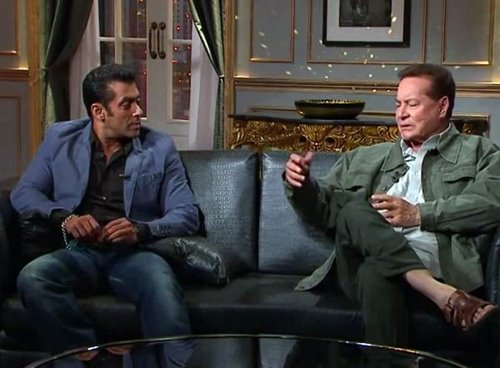 Salim had agreed to do the role as he was a new comer then and had no qualms sporting a bald look early in his career. But the film didn’t see the light of the day because the budget estimation proved too bulky for the filmmakers and hence the idea of making the film was dropped. “Before Vishram approached me, I had done a couple of small roles. He couldn’t engage any big star to act in his film as the actor playing Bajirao had to shave his hair completely. I was a newcomer. I would have cut my head for the role (laughs)! It was a big break for me so I met them for an interview for the role,” quoted Salim Khan as saying.