The Maharashtra government will approach the Supreme Court against the acquittal of actor Salman Khan in a 2002 Mumbai hit-and-run crash that killed a homeless man, re-igniting the controversy around a case that has transfixed India for over a decade.The 49-year-old actor was held guilty by a lower court in May of running his Toyota Land Cruiser over a group of people sleeping on a pavement in Mumbai’s Bandra suburb near his residence, killing one of them and injuring four others. It sentenced the Bollywood star to five years rigorous imprisonment and a fine of R25,000 for culpable homicide not amounting to murder. But a single-judge bench of the Bombay high court overruled the verdict earlier this month, saying the prosecution had failed to prove beyond reasonable doubt that the actor was driving the vehicle at the time of the accident and was drunk, triggering a nationwide debate. The Maharashtra government’s announcement came while the Bombay HC was hearing a petition in the wake of case that raised concern about the increasing incidents of drunken driving and lack of stringent penal provisions. 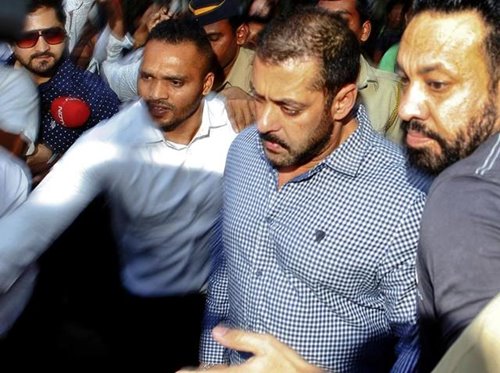 While clearing Khan of all charges on December 10, justice AR Joshi had said there was not enough direct evidence to prove the actor was inebriated and driving the car, giving rise to a peculiar situation where it wasn’t clear who was behind the wheel. The verdict was raucously celebrated by thousands of fans of the actor – who commands a cult following across the country – but many people on social media questioned whether Khan had used his influence and reputation to his favour. The high court said the testimony from Khan’s former police bodyguard, who said the actor was driving the vehicle and had been drinking at a hotel bar before the crash, was “wholly unreliable” as he had altered his account of the incident. The victims were all employees of a bakery located near the spot and were sleeping on the pavement when the car ran them over. None of them could identify the driver at the time, though some testified later that they had seen Khan getting out of the driver’s seat. This statement, though, proved to be of little use as the actor admitted that he left the car through the driver’s side because, as his lawyers established in court, the vehicle’s left front door was jammed after the accident.