Filmmakers like Sanjay Gupta, Mukesh Bhatt among others have expressed happiness that actor Sanjay Dutt will finally walk out of jail this February. Dutt, convicted in the 1993 Mumbai serial blasts case and currently lodged in Pune's high-security Yerawada Central Prison, will walk out of jail on February 27 after the Maharashtra government cleared a proposal for remission of his sentence. Producer Boney Kapoor hoped that Dutt walks out of the jail as a changed person. "I am very happy for him. He is someone who deserves to be out. I hope he comes out as a better man, a better person and a better actor." Gupta said, "It's fantastic that he will be a free man again and finally be home with his family. His long and painful ordeal will end and he can start life afresh. I am personally very pleased," he told. Sanjay Dutt is being given remission as per the jail manual after clearance from the Home department. Minister for State (Home) Ranjit Patil signed the file allowing Dutt's release, without penalising him for reporting late from his furlough in January 2015. 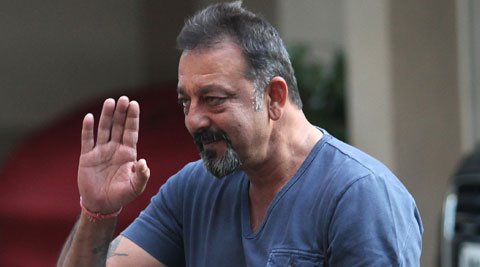 Producer Mukesh Bhatt said he was happy the "Munnabhai" actor will now lead a normal life. "I am very happy to hear the news. Finally he has served his term, has washed his hands clean and will now lead a normal life. And this on the fact that he has been released on his good behaviour during his term. I am extremely happy." Director Anubhav Sinha said, "I'll be so happy for him when he gets out. He will finally be a free man." Sanjay Dutt was sentenced to five-year imprisonment after he was convicted for possessing an illegal weapon, part of the cache meant to be used during the 1993 Mumbai serial blasts in which 257 people were killed. The 56-year-old actor was jailed in 1996 and spent 18 months behind bars before walking out on bail. In 2013, the Supreme Court sentenced him to five years in prison for the crime. Dutt is now completing the remaining prison term of 42 months. After he was sent to Yerawada jail in May 2013, Dutt had been out on parole twice and an equal number of times on furlough.