To everyone's surprise, Yash Raj Films announced that Anushka Sharma would play the lead across Salman Khan in his big Eid 2016 release, Sultan. Sultan will see Salman Khan and Anushka being paired together for the first time - making Anuskha one of the few contemporary Bollywood actresses who has worked alongside all the Khans. She made her Bollywood debut with Rab Ne Bana Di Jodi opposite Shah Rukh Khan, and went on to do Jab Tak Hain Jaan with him. She has also acted in PK, across Aamir Khan. Speaking at the Filmfare pre-event bash, the actress said, "I am proud to be working with all the three Khans- Shah Rukh Khan, Aamir Khan and now, Salman Khan." Anushka also expressed her excitement at working with Salman Khan. 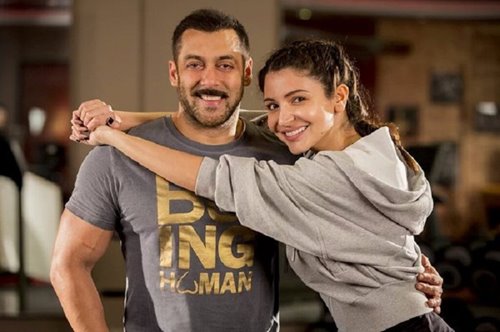 "Firstly I am thrilled to be working with Salman Khan. There is nobody like him because of his persona. The film and my role is something that I am really really excited about. All in all, it is something waiting to get my teeth into." There have been reports making the rounds about Sultan being a two heroine project. Reports claimed that Yash Raj Films has signed Urvashi Rautela for the much anticipated film on a three times Haryana state champion wrestler. However Anushka clarified that she is the only female lead in Sultan. The movie will also mark the return of Salman Khan and Randeep Hooda together after Kick.