Bollywood actress Katrina Kaif met -with B-town’s Dabang Khan, Salman Khan at a restaurant. After rumours in B-town started circulating that both high-profile actors (who will next be seen in Jagga Jasoos) have called it quits on their relationship, another rumour has started doing the rounds over the internet. According to a leading Indian English daily, the actress was seen with Salman Khan on the night of 16th January at Copa restaurant in Mumbai. Sources revealed the Bollywood actress showed up before Salman Khan at the restaurant. A few minutes later, Salman Khan arrived at the hotel. Katrina even left before the Dabangg superstar, who followed a few minutes after she had left. 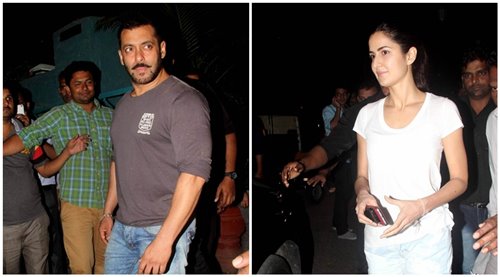