Bollywood's 'Mr. Perfectionist' Aamir Khan recently made news after his 'I-will-work-with-you-no-matter-what' stand that he took in support of Sunny Leone. Earlier this week, he was spotted at Talkatora Stadium, New Delhi where he was shooting for his much awaited film Dangal. The stadium saw many decorated stalls with the branding of Commonwealth Games. Reports have it that the makers are filming the Commonwealth Games and National Games scenes in the stadiums. As per the reports, post the shoot here, the entire crew will be moving to Thyagraj Stadium, where they will continue their shoot. Dangal, which is based on real life wrestler Mahavir Phogat, is being directed by Nitesh Tiwari. Besides Aamir Khan, the film also stars Sakshi Tanwar, Fatima Sana Shaikh, Sanya Malhotra amongst others. The film is slated to release on December 23, 2016. 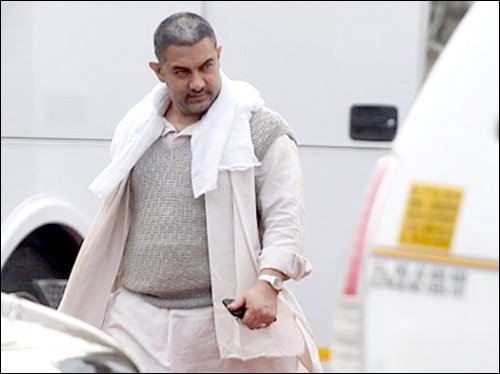