Actor Salman Khan, who ruled the box-office in 2015, is likely to be the highest paid actor in Bollywood this year. The Bajrangi Bhaijaan star beats Airlift actor Akshay Kumar by paying the highest advance tax this fiscal. According to Income Tax department's advance tax payment data released for the year 2015, Salman has paid Rs 20 crore as advance tax, overtaking last year's topper Akshay Kumar, who has paid a tax of Rs 16 crore rupees. Ranbir Kapoor, Shah Rukh Khan and Amitabh Bachchan are the other top tax payers in the list, who have paid Rs 15 crore, Rs 14 crore and Rs 8.75 crore tax respectively. However, these are the figures released by Mumbai's IT department till third quarter (December 31) of this fiscal year. The last quarter (Jan to March) will decide who will pay he highest income tax for the entire fiscal year. The last quarter is quite crucial for the department as maximum income tax is paid by individuals across the country, in this quarter only. Normally, advance tax is paid by individuals if the total tax liability on their estimated income is likely to exceed Rs 10,000 during the financial year. The tax liability is calculated after considering tax deducted at source (TDS). 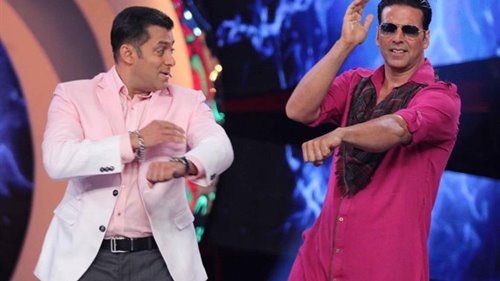