Bipasha Basu may get married to Karan Singh Grover in March

B-town might soon see another high profile wedding as the supermodel-turned-Bollywood actress Bipasha Basu is rumored planning to get hitched with her boyfriend Karan Singh Grover. According to the grapevine, Bipasha and Karan who are very close friends, will make the official announcement about their marriage soon. The two share a strong bond after they first shared the screen in the 2015 movie ‘Alone’. They are expected to get engaged or even get married as early as March. The 37-year-old Basu was reportedly seen along with Karan celebrating their vacation and now it seems like their closeness will have new meaning. Other than the frequent media reports about a possible relationship building between the “Alone” stars, the couple has remained tight-lipped about their togetherness and they complimented each other as just close friends. 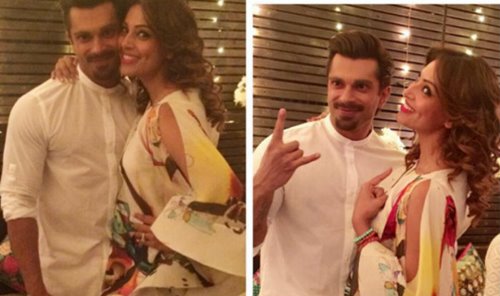 But now, with the social media going abuzz with the pictures of the two actors and the recent report published by Pinkvilla which suggest an impending wedding, it seems like Bipasha and Karan will be the new hot married couple in Bollywood. Even though there were early reports about the two getting married, the troubled relationship with Karan’s wife Jennifer Winget that has not yet culminated in both getting a divorce, complicated claims. The clouds were cleared after Winget took to twitter and announced that she isn’t seeking any alimony from Karan and she went a step further to wish her ex-husband and the Bollywood diva a wonderful life ahead. The entertainment website revealed that the news about the marriage was broken by a close friend of the couple during a recent party. With Karan waiting to start a new life with Bipasha, all that we can confirm is that millions of Bipasha fans will be heartbroken when the Bollywood couple get hitched this year.