Bollywood actor Ranveer Singh, who is known for his quirky style sense carrying himself in different avatars, admires the style of the megastar Amitabh Bachchan and feels that the Shahenshah of Bollywood is the most stylish star in the industry. “Amitabh Bachchan is by far the most stylish star. Karan Johar and Imran Khan. I appreciate their sense of style,” Ranveer Singh said, who likes experimenting with his looks and his outfits. From sporting moustache to wearing pyjamas, Ranveer Singh is often seen in his weirdest avatars in parties and award functions. Ranveer Singh will be next seen in Aditya Chopra’s romantic drama Befikre romancing the Shudh Desi Romance actress Vaani Kapoor for the first time. The cast and crew of the film have begun their recce in the city of love Paris where most of the part of the film will be shot. 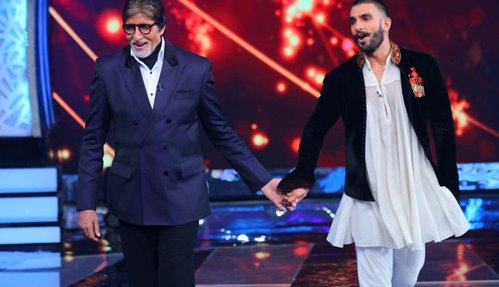