Bollywood actress Urmila Matondkar married Kashmir-based businessman Mohsin Akhtar Mir on Thursday (March 3) afternoon in a quiet ceremony, reported. The ceremony was a simple and intimate one with only Urmila’s close friends and family members in attendance. The wedding was solemnised as per Hindu rituals at Urmila’s residence. No Bollywood big wigs were spotted at the ceremony except Urmila’s close friend and ace designer Manish Malhotra. Sharing her happiness, Urmila Mantonkar was quoted as saying “We kept it an exclusive wedding with just family and friends at the celebration. Since our families wanted the wedding to be a low key affair we mutually decided to keep it private. We seek your blessings on embarking this new journey of our lives.” Manish later shared Urmila’s picture on Twitter congratulating the actress and called her the most beautiful bride. The marriage comes soon after Bollywood actress Preity Zinta tied the knot in Los Angelos with her beau and fiance Gene Goodenough. Urmila had last appeared on screen in a 2014 Marathi film “Ajoba”. 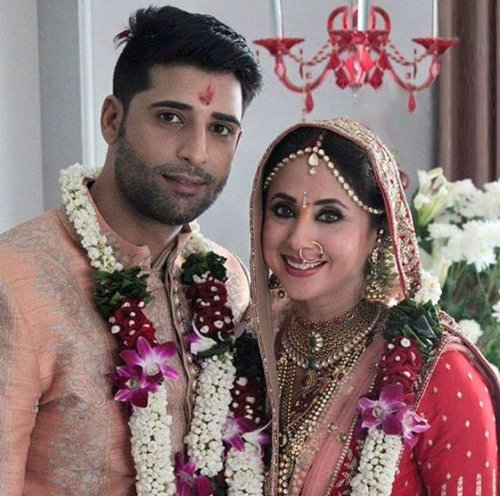