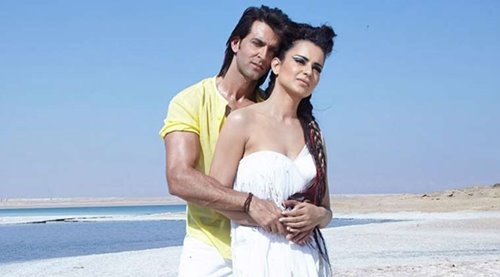 The lawyer’s statement had an excerpt where he said that the actor has suggested that the actress wasn’t co-operating with the police in an investigation. But the lawyer was quick to reveal that these allegations were false and it is just a tactic the star is using to save himself. The excerpt from the statement reads as, “Pursuant to my counter-notice there are now new claims that my client was not co-operating with the police to help with investigation of Mr. Hrithik‘s complaint. These claims are as false as his other claims. The fact is that my client was never dealing with any imposter and given the background of the matter, it is very lame on Mr. Hrithik’s part to even suggest that. Besides my client was never ever asked for any co-operation in the said matter by any person for obvious reasons. The fact that Mr. Hrithik waited for seven month to lodge a complaint says it all. Now pursuant to receipt of my notice the complaint is once again being looked into by Mr. Hrithik Roshan, only as a face saving strategy.”