Salman Khan to play Tubelight in Kabir Khan’s next

We have an exclusive scoop on Kabir Khan’s next directorial venture with his buddy Salman Khan. A source reveals that the project is tentatively titled Tubelight. It is a story of two brothers and Salman will play one of the characters. Unlike what was reported earlier that this Salman-Deepika Padukone starrer was titled Majhdhaar. Kabir Khan had refuted these reports on his micro-blogging page had clarified the same. The New York director wrote on Twitter, “I’m sorry to say but Majhdaar is a very boring title. And it’s definitely NOT the title of my next.” Clearly Tubelight is nothing like the earlier title that has been doing rounds for sometime now. The source further adds that film is a period drama based in the 1960′s and will have another actor play the parallel lead. It seems that there isn’t much scope for the heroine in the film, yet buzz is that Deepika has been showing interest in this project and is ready to do it on one condition. And we cannot wait to find out who is going to play Salman’s brother in this one. It seems that Tubelight will be in the same vein as Kabir’s previous film Bajrangi Bhaijaan and will focus on Salman’s character. The trade pundits are excited for this film given the fact that Salman and Kabir have already delivered two smash hits with Bajrangi Bhaijaan and Ek Tha Tiger. The film is expected to go on floor in August. 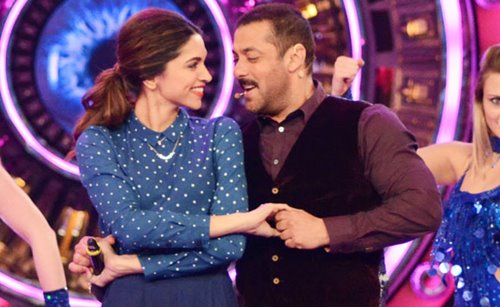