Bollywood actress Aditi Rao Hydari had to walk to a fashion show event venue in Noida as the traffic police caught her car driving on the wrong side of the road. She was going to attend a fashion show in a newly-opened mall in the upscale sector 18 of Noida. Wazir actress Hydari was in the city to attend a fashion show and was staying in a five-star hotel in sector 18. To attend the programme, she left the hotel in a Jaguar car and her team followed her in a Verna car. At around 8pm on Saturday, her driver tried to take a short-cut and started driving on the wrong side of the road when traffic inspector Dharmendra Yadav noticed the car flouting the rule. 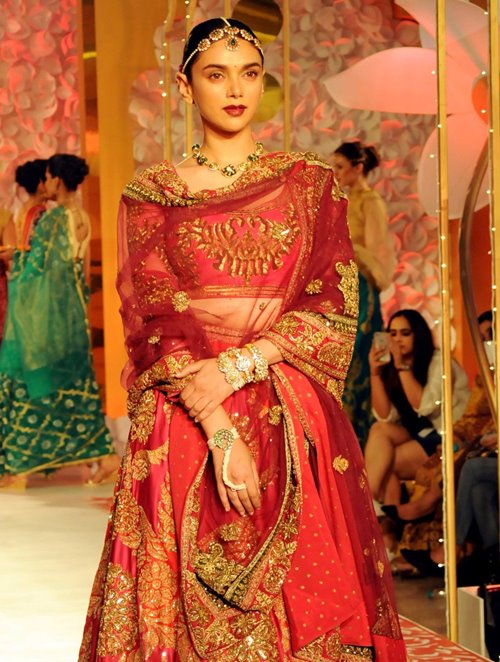 “As the car was coming from the wrong direction, it could have led to an accident. I stopped the Jaguar car not knowing who is sitting inside. Initially, no one came outside from the car but a few people came out from the Verna car behind it. They informed me that it was a Bollywood celebrity travelling in the car,” Yadav told Mail Today. The traffic inspector mentioned that it was the driver who was violating the traffic rule, not the actress, but he could not have let the car go without completing the paper work. “I was doing the paper work but the team insisted to let them go. They even made calls to the mall management and some senior officers but I was doing my work. When they started putting pressure on me, I started recording their activity. Meanwhile, the actress stepped out of the car and walked towards the mall,” Yadav explained.