Naseeruddin Shah, Indian stage and film actor, said that Bollywood stars should take interest in something other than movies. Naseeruddin Shah also highlighted names from Indian film industry he was close with, like Jackie Shroff, Danny Denzongpa and Tinu Anand. Naseeruddin revealed how he and Danny were close friends since he had other interests than movies, such as mountains and carpentry. Naseeruddin Shah has always spoken his mind out which is unlike other Bollywood super stars. "It is a shame that some of our biggest stars are so intellectually challenged," he said. "I feel that film actors should have some other interest apart from movies, whether it is theatre or horse riding, mountain climbing anything. Otherwise you tend to become too insular. 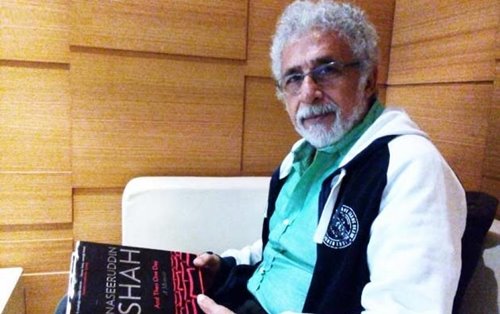 You end up like one of these creatures who are stars in our industry, with whom you cannot have two seconds of conversation unless it is about them," said the Sarfarosh actor. "The most interesting actors that I have met are those, who have other interests. A guy like Danny, who goes off to Sikkim whenever he feels like. He is into woodwork and carpentry. When I meet him, we talk about carpentry and mountains, never about movies," he said. Regarding his sons Imaad and Vivaan, who both are aspiring to make it big in the Indian film industry, Shah wished them success but hoped that their dreams would not stop there and they plan to do more than that. "I wish they succeed in Bollywood. But I hope their dreams don't end there. I hope they find something more meaningful to do with their life besides becoming successful Bollywood actors. Successful Bollywood actors are the most boring people on the earth," he said.