Bollywood actor Shahid Kapoor and his wife Mira on Friday welcomed their first child, a daughter, with utmost joy. The proud new daddy took to his Twitter account to share the news with his fans saying, "She has arrived and words fall short to express our happiness.Thank you for all your wishes." The 35-year-old, son of veteran actor Pankaj Kapur, married Mira, 22, last year in an intimate ceremony in Delhi. Soon after Shahid announced the arrival of his bundle of joy, congratulatory messages from fans, friends, former co-stars and Bollywood celebrities began pouring in. Actors like Alia Bhatt, Riteish Deshmukh, Karan Johar, were the first few stars to send out their congratulatory messages via their social networking handles. 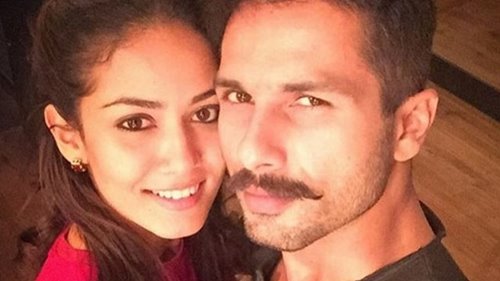 Alia, who starred opposite Shahid in the commercially successful 'Udta Punjab', congratulated the couple and said that she couldn't wait to see the baby girl. Actor Ritesh Deshmukh who also welcomed his second child a month ago, sent out his blessings and good wishes to Shahid and Mira. He also gave them a very warm welcome into Bollywood's 'parents club'. On the sidelines of the ongoing Lakme Fashion Week Winter-Festive 2016, actress Jacqueline Fernandez said: "I would like to congratulate Mira and Shahid for the new addition to their family. It's lovely." In April this year, Shahid had announced that he was going to be a dad soon. According to reports, the actor has taken time off films to be by his wife's side and to fulfil his daddy duties. He even renovated his plush sea-facing pad to accommodate the new addition to the family. On the work front, Shahid will be seen in the upcoming periodic war drama 'Rangoon' and is rumoured to be on-board Sanjay Leela Bhansali's 'Padmavati'.