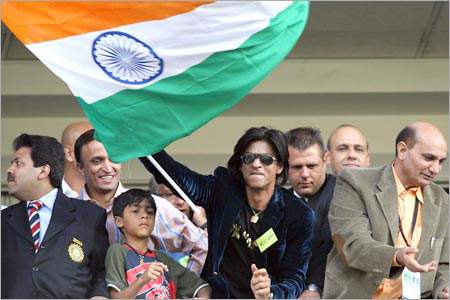 The Indian cricket team is biting its nail in Melbourne about the series in Australia which starts on Monday. Nothing like a Bollywood blockbuster that could brighten them up before the big match.The Indian cricket team has requested Shah Rukh Khan, Farhan Akhtar and producer Ritesh Sidhwani to arrange for a screening of Don 2 to help them relax during the weekend just before the big match on Monday.

Acting immediately on their request, Ritesh Sidhwani and Farhan Akhtar have arranged for a screening of Don 2 tomorrow evening at 8 pm at the Melbourne Central.Confirming the same, Ritesh Sidhwani says, "Farhan spoke to Sachin Tendulkar's wife Anjali and I spoke to Sehwag. We've organized a show for the team. The Indian cricket team will be seeing the film at the Hyotts Directors Lounge at Melbourne Central tomorrow night at 8 pm along with the entire team, managers, etc. 60 people in all."