Aditya started his film making career at the age of 18 as an assistant director, working with his father for films like Chandni, Lamhe and Darr. 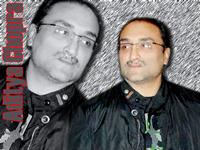