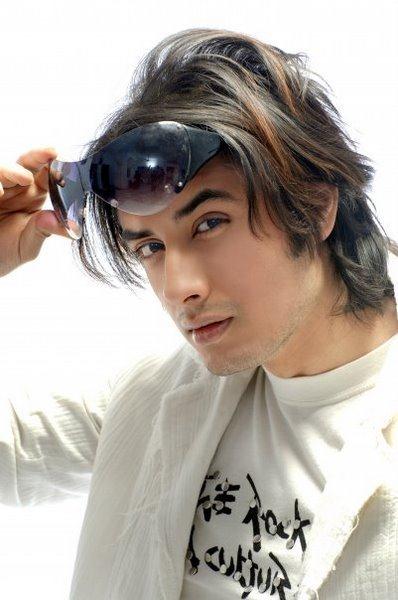 Ali Zafar, born May 18, 1980 in Lahore, Pakistan) is a Pakistani musician, composer, song writer, singer, actor, painter and model, popular for his music, including his hit songs like "Channo", "Rangeen", "Chal Dil Merey", "Dekha", "Masty" and "Sajania". He started his singing career with the song "Jugnuon Se Bhar Le Aanchal" in the film Shararat, directed by Pakistani actress and director Samina Peerzada. He has sold more than seven million copies worldwide. Zafar made his acting debut in the 2010 Indian film Tere Bin Laden by director Abhishek Sharma.

Ali was born to a professor at the University of the Punjab and his mother was a house wife. He initially attended the C.A.A. Public School and later moved to the Beaconhouse School System from where he topped in his matric examinations. He then went onto Government College, Lahore and completed his FA. Later he graduated from the National College of Arts as a painter in 2002 with honors. Before entering the Pakistani musical scene, Zafar worked as a model for several commercial advertisement besides acting in television. He worked in the Pakistani television serial Lunda-Bazar, Kanch Ke Par and in the teenage sitcom Kollege Jeans. He was also in the music video of Preeto sung by Abrar-ul-Haq.

Ali Zafar made his debut as a musician with the album Huqa Pani, released in Pakistan in 2003 and worldwide in 2005. The album was an instant hit, selling over 600,000 copies worldwide and winning several major awards and nominations. It also put him into the league of the most popular artists ever to have come out of Pakistan with a massive fan following locally and internationally. He was described by The Hindu as "take a Kishore Kumar-like voice, club it with yuppie Ibiza-ish electronic beats, and add a bit of nostalgic lyrics".

His comparison to Kishore Kumar was frequently made initially but with time he proved to be perhaps one of the most versatile singer in the modern generation with a distinct vocal tone and qualities, specially during his folk and Sufi renditions in the "Coke Studio (Pakistan)", where he surprised his audiences with live renditions of difficult notes with much ease and ranging his singing from pop to folk to semi-classical. His new songs, namely "Allah Hu", "Yaar Dhadhi Ishq" (a cover), "Nahin Ray Nahin" and "Daastan-e-Ishq" won the hearts of millions all over the world once again and earned him a new era of fan following.

He won the award for "Best Album" category at the Lux Style Awards in 2004 for his massive hit album Huqa Pani and also the "Best Male Artist" at the 2008 MTV awards. In addition to the album's popularity being reflected in the music stores and by critics, it has been widely claimed that Himesh Reshammiya plagiarized one of the most well-known tracks from the album, Rangeen, for his song Dillagi Mein Jo.Soon Pritam too copied his track "Channo" as "Chori ki Baatein" in the film Fight Club.

Zafar launched his second album "Masty" nationwide in November 2006. He has since released four videos from the album called "Masty", "Sajania", "Dekha" and "Aasmaan". A press conference for the release of the album was held in Lahore. The album was released under the banner of Fire Records. "Masty" was released in India in February 2007. The album contained two additional remixed tracks and was launched by "FrankFinn Records".

He released his third and long awaited video of the single, "Dekha", from his second album, which was the most expensive music video of Pakistan, costing more than seven million rupees. The video was shot in Malaysia, produced by the Lux Company, and had the famous Pakistani actresses/models, Reema Khan, Meera, and Amina Haq, starring in it. Zafar also won the "Youth Icon" award in the Lux Style Awards 2007, in Malaysia.

Besides being a singer, painter, model and an actor, Zafar has also produced and directed his music video Ek Pal from his first album Huqa Pani. His song "Dekha" of his album Masty was part of the soundtrack of American film Wall Street: Money Never Sleeps which was released on September 24, 2010. He is the fourth Pakistani artist after Nusrat Fateh Ali Khan, Strings and Atif Aslam to have their song(s) featured in an American film.

In August 2010, Ali Zafar announced that he is working on his third album titled Jhoom, which he hopes to release at the end of November. The album will consist of him doing a duet with singer, Ahmed Jahanzeb. The album released in February 2011 and has opened to positive reviews.

Acting career: Zafar made his debut in Indian director Abhishek Sharma's comedy film, Tere Bin Laden, which was a success both critically and commercially. The film released worldwide on July 16, 2010. Zafar's second Indian film titled Mere Brother Ki Dulhan, directed and written by Ali Abbas Zafar and produced by Aditya Chopra of Yash Raj Films, was released worldwide on 9 September 2011. The film also stars Imran Khan and Katrina Kaif. His next film was "London, Paris, New York" with Aditi Rao Hydari in the year 2012. Currently, he's busy shooting for his next venture which is a remake of 1981 cult-classic Chashme Buddoor. 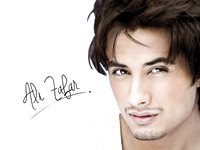 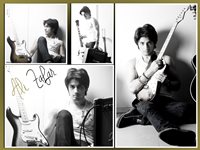 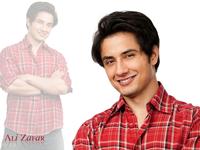 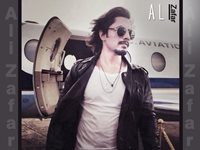 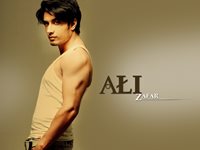 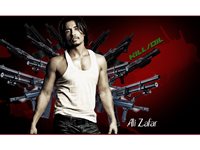 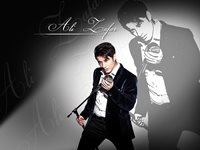 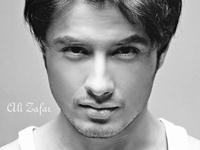 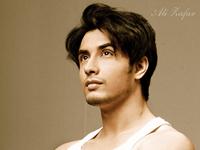