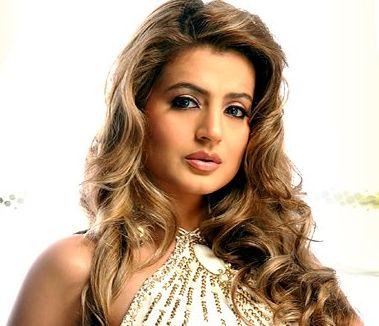 Patel's first opportunity for acting came in the form of an offer from her father's schoolmate, Rakesh Roshan, to star opposite his son, Hrithik Roshan, in Kaho Naa... Pyaar Hai (2000). The offer came immediately after she graduated from high school but she refused the project because she wanted to continue her education in USA.Afterward, Kareena Kapoor replaced her but luckily, Kapoor backed out after shooting for a couple of days and Patel was given the opportunity once again during a family lunch.Patel readily agreed to do the project this time. The role of an exuberant college girl in love, undergoing a tortuous time at losing her lover and rediscovering a more mature relationship gave Patel scope to perform. The film was a smashing success and established Patel as a rising star, earning her awards for Best Debut at a number of award ceremonies.
Patel as the Muslim girl Sakeena in Gadar: Ek Prem Katha (2001).
In her second film, the Telugu language drama Badri, she starred opposite Pawan Kalyan. The film was a major success, grossing more than Rs 120 million in India.
2001 saw her appearing in Anil Sharma's cross-border romance, Gadar: Ek Prem Katha, alongside Sunny Deol. Patel signed on much before she shot into the limelight with Kaho Naa... Pyaar Hai and was among 22 girls that were screen-tested from 500 girls who came to audition for the film. Patel had gone through a 12-hour audition before she got the part.The film went on to become the top-grossing film of the year, as well as the biggest hit of the 21st century, earning Rs 973 million in India.Set during the Indo-Pakistani War of 1947, it featured Patel as Sakeena, a Muslim girl who finds refuge in Deol's house during the riots, and subsequently falls for him. Her performance was praised, and won her the Filmfare Special Performance Award, as well as nominations for Best Actress at various award ceremonies. Taran Adarsh of IndiaFM concluded,Despite being one-film-old, Amisha Patel deserves full marks for handling the complex role with elegance. She looks the character she is portraying and impresses with a natural performance.The film was perceived as being excessively anti-Pakistani.
These successes were followed by a series of films that flopped at the box-office. In Yeh Zindagi Ka Safar (2001), she played a successful singer who was abandoned by her mother at the time of her birth.
In 2002, Patel had four continuous failures but her last release, Humraaz, became one of the highest grossing films of the year at the box office, and her performance earned her a nomination for Filmfare Best Actress Award. The Abbas-Mustan marital thriller saw her playing a character with negative shades for the first time. She played the girlfriend of Akshaye Khanna, who marries Bobby Deol to grab his wealth – but, seeing Bobby's honesty, her character surrenders to him. Taran Adarsh commented, "Amisha Patel is just about okay as Akshaye's lover (first half), but splendid as Bobby's wife (second half). This performance should silence her detractors for sure. Also, she's looked her best with admirable outfits and perfect make-up. 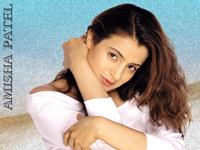 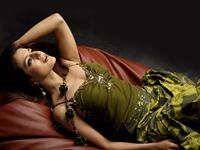 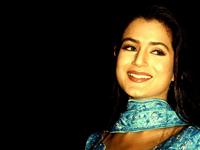 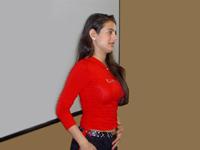 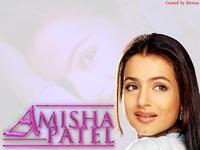 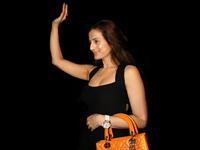 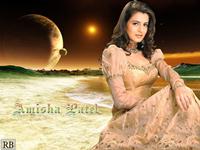 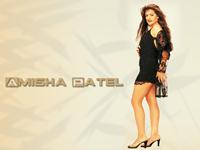 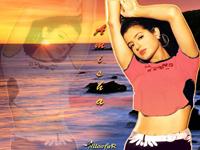