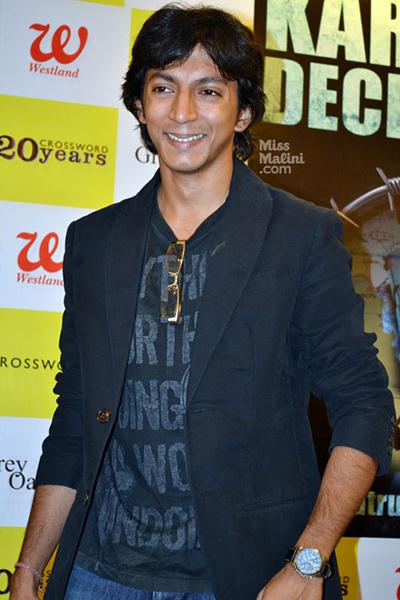 Anshuman Jha is an Indian actor, best known for his work in Love Sex aur Dhokha. He has been rated as one of the Top ten Bollywood Actors of 2010 by Rediff. He began his theatre journey as a 13 year old by coming to Mumbai from Delhi for SummerTime Acting Workshops At Prithvi Theatre. Soon he made his debut as a professional stage actor in a host of children's plays such as "Jhagrapoor" & "Lalchi" at Prithvi Theatre as a 15 year old. Anshuman finished the Diploma Acting Course from Barry John's Academy as a 17 year old, the youngest ever to have passed out of the course then. He was then cast by Barry John (theatre director) in his play "Its All About Money Honey" in 2002.

Anshuman Shifted his base to Mumbai as an 18year old & graduated from St. Xavier's College. During these 3 years he worked in a host of Experimental & non-experimental plays with Directors like Quasar Padamsee, Joy Fernandes and Jaimini Pathak. He was assisting Subhash Ghai for a period of 3 years during which he Acted & Directed plays such as "Mr. Kolpert". His last play "Dirty Talk" Directed by Nayantara Roy was India's representation at Contact-World Theatre Festival in 2010 at Manchester, UK.

Anshuman Jha made his Feature Film Debut as a lead Actor in Ekta Kapoor & Dibakar Banerjee much acclaimed "LSD - Love Sex aur Dhokha". He has done a select high profile endorsements for Red label, Pepsi etc. & is currently endorsing TATASKY. He was recently seen in a series of adverts for the same. He is right now working on his new movie Kismat Love Paisa Dilli.