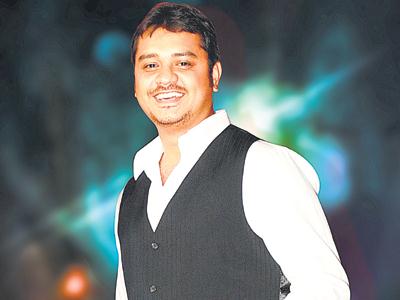 Anuj Gurwara (born June 9, 1981) is a Filmfare Award winning Indian playback singer, radio jockey, actor, voice-over artist and master of ceremonies. He is most popularly known as the singer of the popular song "Panchadara Bomma" from Magadheera.

Anuj comes from a family of educators. His father, Yogendra K Gurwara, and mother, Jyoti Gurwara, are teachers and run a school, Sherwood Public School in Hyderabad, India.The family made Hyderabad their home in 1982. Anuj has one elder brother, Amol Gurwara.

Anuj did his schooling in Sherwood and later, graduated in Psychology and Advertising from Nizam College, Hyderabad. He was an active part of Arts and Music in school and college. Anuj's interests were constantly encouraged and at an early age, he displayed tremendous potential.

Anuj started his career working as a copywriter and content developer for various design firms and advertising agencies. After a short stint with a theatre group, he decided to pursue a career in Entertainment.

In 2009, Anuj debuted as playback singer. Under the music direction of M. M. Keeravani, he sang a song, "Panchadara Bomma", for the Telugu film, Magadheera, which would later emerge one of the highest grossing Telugu films of all time. Along with the success of the film, the song, Panchadara Bomma, grew to be a massive hit and established Anuj as a fresh new voice in the world of music.

S. S. Rajamouli, the director of Magadheera stated in an article - "I opine that Panchadara Bomma is the best song in my career". The song was also declared Top Telugu Song of the year 2009 by various media channels, including newspapers, FM radios and television channels, winning awards across various platforms.

The song "Panchadara Bomma" has singularily generated revenues of over Rs.3,00,00,000 only from mobile phone ringtone downloads, which is said to be a record that no other song in Telugu cinema has created till now.

Panchadara Bomma also earned Anuj his first ever Filmfare trophy. He was awarded Best Male Playback Singer in a star-studded ceremony in Chennai on 7 August 2010.

Anuj has been actively performing at various corporate shows and public gigs after his award-winning singing debut. 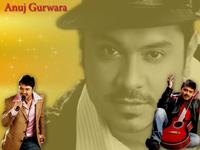