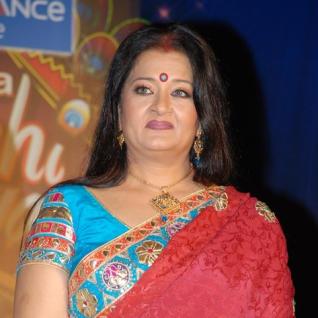 Apara Mehta (born 13 August 1960) is a popular television supporting actress who is best known for her role of Savita Mansukh Virani in Kyunki Saas Bhi Kabhi Bahu Thi. Apara Mehta was born on 13 August 1960 to Ushakant Mehta and Mandakini Mehta in Saurashtra, Gujarat. She is the only child of her parents. Apara learnt Classical Music from Ghulam Mustafa Khan and also learnt Kathak at a young age. Mehta has work on stage since 1981. She has acted in over 150 plays in various roles. She has found a constant career in plays. In 1980, she married Gujrati Theatre Actor Darshan Jariwala, with whom she has one daughter.

Apara started her television career anchoring a children's programme called Santakukdi for Mumbai Doordarshan at the age of 15. Her first major Television role was in Ek Mahal Ho Sapno Ka in which she played Paro. She followed this with Kyunki Saas Bhi Kabhi Bahu Thi as Savita Mansukh Virani- mother in law of Tulsi, after which she appeared in a negative role as Kukki Kaaki in Saat Phere and other soaps like Parrivaar, Dhak Dhak In Dubai, Dillagi, Alpviram, Hum Hain Anari, Love Marriage and Chandan Ka Palna.... She is presently acting as Damini Devi Diwan in Sajan Re Jhoot Mat Bolo. She also played supporting roles in some Bollywood films. She is currently working in a soap Hamari saas Leela at apka colors channel as Leela. 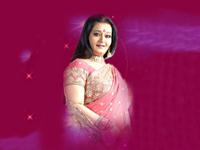 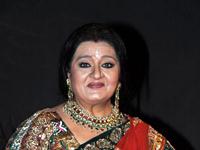 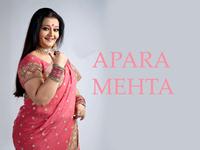