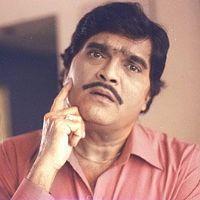 Ashok Saraf (born 4 June 1947) is an Indian actor and Comedian. He has appeared in many Hindi and Marathi movies for the last four decades. His first movie was Pandu Havaldar in the year 1974.

Ashok Saraf is known mainly for comedy movies, many of which he appeared in with Laxmikant Berde. Apart from films, Ashok Saraf has also starred in television serials like Yeh Choti Badi Baatein and Hum Paanch (as Anand Mathur).