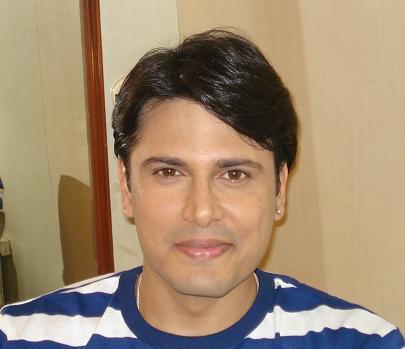 Cézanne Khan is an Indian television actor. He became famous by playing the role of Anurag Basu in Balaji Telefilms's Kasautii Zindagii Kay which is aired on STAR Plus, and has also taken roles in Pakistani television.

Khan's father is Ustad Rais Khan, a famous sitarist. His mother, Tasnim Khan, is an interior designer. His brother, Suhail Khan is a singer, composer and a sitar musician. Khan's paternal and maternal grandparents are originally from Afghanistan.

During his college days, he was involved with modelling for 8 years and then theatre. After Cezanne Hamood his B.Com, he was supposed to join NMIMS (Narsee Monjee Institute of Management Studies) for MBA when he was offered a film. This film never released but it made him leave his MBA to pursue a career in acting. Then television happened. Anubhav Sinha offered him a role in his TV serial Hasratein on Zee TV and he accepted the offer.

And soon after, he got Neena Gupta's Palchhin and Balaji Telefilms's Kalirein. He also did a bit of acting in B.R.Films' serial Dushman. Meanwhile, Ekta Kapoor was doing the auditions for Kasautii Zindagi Kay (KZK) and offered him the role of Anurag Basu. KZK catapulted Cezanne into a household name. As the shy and meek Anurag Basu in KZK he had gained immense popularity. KZK is one of the top serials of Star Plus.

He got his name from the famous French painter Paul Cezanne. But the Indian entertainment world often confused him with Hrithik Roshan's wife Suzanne Khan. However, after Kasautii Zindagi Kay, he was soon known by a different name altogether - Anurag Basu.

"I agree that I am more popular as Anurag than by my real name. The role surely is the turning point in my career," says the actor. Due to his immense popularity, he is getting film offers as well. "But I want a lead role and no less. It should also be good and substantial," he seems to have made up his mind.

Cezanne's look in KZK "Though I think looks do matter initially, something like an identity card, but as you move on from one role to the other on television, you have to have substance in you to carry you forward. You should have the charisma to impress the audience to watch you day after day," says Cezanne.

Kasautii Zindagii Kay was aired on Star Plus which was a TV serial in which Cezanne played the role of Anurag Basu for seven years. Anurag Basu is an obedient son of Moloy and Moni Basu. As a career, he handles Basu Publication with his father in which he broadcasts a channel on TV and organizes a newspaper for the public. In his personal life, he loves a talented young girl, Prerna Sharma. And then he married with her but soon they got divorced; he married Komolika and later on with Aparna and Sampada.

Ek Ladki Anjaani Si was aired on Sony which was a TV serial in which Cezanne played the role of Dr.Dhruv Mehra for almost 5 months. Dr.Dhruv Mehra is a rich Neurosurgeon, who will add major twists and turns to Nikhil and Ananya’s life. He is an atheist who does not believe in luck but in himself and is arrogant enough to think that he is the one who grants life to his clients. He feels that he has magic in his hands and when he saves the life of a patient then all the credit should be given to him and not God. He is an over confident doctor who thinks that he can do anything.

Seeta Aur Geeta is on air on NDTV Imagine in which Cezanne is playing the role of Suraj, the proverbial Prince Charming. He is the suave, sophisticated owner of an advertising agency. Despite being surrounded by the glitz, glamour & beauty of the fashion world; Suraj longs to fall in love with a simple Indian girl. Sparks fly when he comes across the lovable tomboy Geeta who instantly steals his heart with her refreshing wit & attitude. 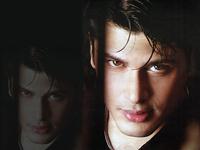 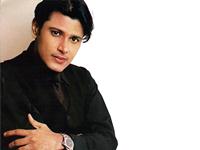