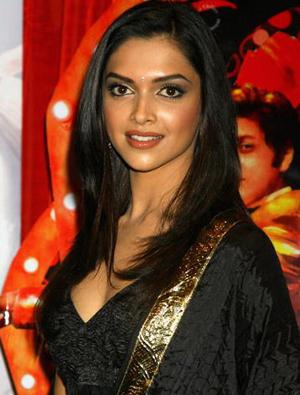 While in college, Padukone pursued a career in modeling. She was spotted in a ramp competition in NLS, Bangalore.[citation needed] Over the years, she has modeled for such Indian brand names as Liril, Dabur Lal powder, Close-Up toothpaste and Limca, and has been "brand ambassador" for the Jewels of India retail jewelry show. The cosmetics company Maybelline made her its international spokesperson.

At the fifth annual Kingfisher Fashion Awards she was awarded the title "Model of the Year". Shortly afterward, she was chosen as one of the models for the Kingfisher Swimsuit Calendar for 2006 and won two trophies at the Idea Zee Fashion Awards: "Female Model of the Year - (Commercial Assignments)" and "Fresh Face of the Year". Padukone was also chosen as the brand ambassador of Kingfisher Airlines and later Levi Strauss and Tissot SA. In addition, she appeared in the music video for Himesh Reshammiya's song Naam Hai Tera.
Acting

In 2006, Padukone made her cinematic debut in the Kannada film Aishwarya opposite actor Upendra. She later made a successful Bollywood debut in 2007 with Farah Khan's blockbuster Om Shanti Om opposite Shahrukh Khan. The film was a re-incarnation melodrama, featuring her in a double role. Her performance was well received, earning the actress a Filmfare Best Female Debut Award as well as her first Filmfare Best Actress nomination. Taran Adarsh from indiaFM noted, "Deepika has all it takes to be a top star — the personality, the looks and yes, she's supremely talented too. Standing in the same frame as SRK and getting it right is no small achievement. She comes as a whiff of fresh air!" About being cast opposite Shah Rukh Khan, she said,
“ When Farah was casting for Happy New Year, she saw my commercials on TV and called my agent. I met her when she was rehearsing at a dance hall in Juhu. When that film didn’t happen, she offered me OSO. Farah took care of me right from the first meeting, introducing me to Shah Rukh Khan and ensuring that I was comfortable with him. Six months prior to shooting, we frequently met up for lunches and dinners.. ”

Padukone was then seen playing a feisty, modern-day Indian woman, Gayatri, in Siddharth Anand's romantic comedy Bachna Ae Haseeno opposite Ranbir Kapoor and alongside Bipasha Basu and Minissha Lamba. The film, which released on 15 August 2008, performed reasonably well at the box office, but her performance drew flak. Adarsh wrote, "Deepika is a sore point. Her role isn't convincing and that's the reason why this performance doesn't work. The only consolation is, she looks gorgeous. "

She played a double role again in her next film, Chandni Chowk To China, which released on 16 January 2009. The film, directed by Nikhil Advani, also featured Akshay Kumar, Mithun Chakraborty and Ranvir Shorey in the lead. It was a critical and commercial disaster, with Nikhat Kazmi of The Times Of India commenting, "Deepika looks lost and forlorn for most of the film."

Padukone's fourth release Love Aaj Kal, released on 31 July 2009 and proved to be one of the biggest hits of 2009. Directed by Imtiaz Ali, the film documented the changing value of relationships among the youth. Padukone played the role of Meera Pandit, a practical and head-strong career woman opposite Saif Ali Khan. Of her performance, NDTV's Anupama Chopra wrote, "Deepika looks fabulous but she isn’t a strong enough actor to breathe life into the character. " Despite this, she received her second Filmfare Award for Best Actress nomination.

The same year, she teamed up with Farah Khan and Shah Rukh Khan once again for an item number in the Irrfan Khan-Lara Dutta starrer Billu. She also made guest appearances in the Telegu film Love 4 Ever and in Sohail Khan's Main Aur Mrs Khanna.

Her first release in 2010 was Excel Entertainment’s Karthik Calling Karthik. The thriller featured Farhan Akhtar as Karthik, a troubled schizophrenic man, and Padukone as his supportive girlfriend, Shonali Mukherjee. This time, Anupama Chopra wrote, "Padukone finally seems to be thawing in front of a camera." The film, however, was a commercial failure.

She then featured in Sajid Khan's multi-starer Housefull with Akshay Kumar, Arjun Rampal, Lara Dutta, Boman Irani and Ritesh Deshmukh. She played the role of Soundarya Bhagyalakshmi Venkateshwari Baassappa Rao, Kumar's girlfriend and later fiancée. The film became a blockbuster in India, with a net gross of INR 95 crores in the first week itself. As for her performance, Nikhat Kazmi mentioned her as "quite thanda".

She then appeared in her second Yash Raj production, Lafangey Parindey directed by Pradeep Sarkar; as Pinky Palkar, a blind girl, hell bent on winning a skating competition, opposite Neil Nitin Mukesh. Upon release, Taran Adarsh, of Bollywood Hungama wrote, "Lafangey Parindey clearly belongs to Deepika Padukone, who suits the character and enacts it with such competence that it leaves you amazed. The pretty lass is only getting better with every film."

Her next release was Kunal Kohli's syrupy romance Break Ke Baad opposite Imran Khan, where she played Aaliya Khan, an impetuous brat. The film was a commercial failure, but won Padukone favorable reviews. Nikhat Kazmi noted, "Padukone's climactic act seems to be the best performance in her entire career: completely spontaneous, crazy and cute.
Padukone with her Break Ke Baad co-star Imran Khan.

Her final release of 2010; Ashutosh Gowarikar's Khelein Hum Jee Jaan Sey top-lining Abhishek Bachchan, met with scathing reviews and was declared a flop. The period drama was a retelling of the 1930 Chittagong armoury raid, with Bachchan playing the revolutionary leader Surya Sen and Padukone playing Kalpana Dutta, his lover and confidant. A review carried by The Hollywood Reporter, however, mentioned her portrayal of Dutta as "impressive".

She began the year 2011 with an item number in Rohan Sippy's Dum Maaro Dum starring Abhishek Bachchan and Bipasha Basu in the lead. Her song was a remixed version of Zeenat Aman's iconic song from Hare Rama Hare Krishna.[37] The raunchy lyrics and suggestive dancing received mixed reviews. The Deccan Chronicle mentioned her moves as "mechanised gyrations", while Adarsh wrote, "Deepika scorches the screen in the title track.

She will next be seen in Prakash Jha's ambitious project Aarakshan co-starring Amitabh Bachchan and Saif Ali Khan. She plays Bachchan's daughter and Khan's love-interest in the film.[40] She will also be featured in Rohit Dhawan's Desi Boyz alongside Akshay Kumar, John Abraham and Chitrangada Singh; K.S. Ravikumar's Tamil film Rana opposite Rajnikanth and Homi Adajania's Cocktail opposite Saif Ali Khan. 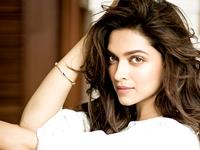 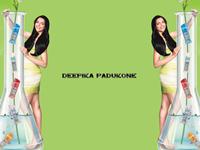 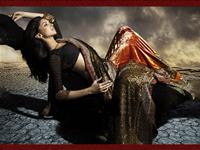 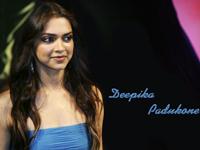 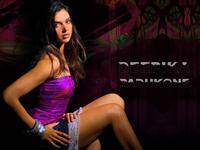 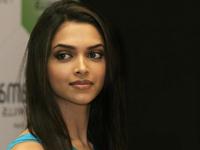 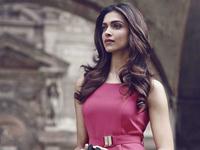 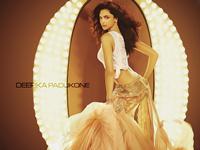 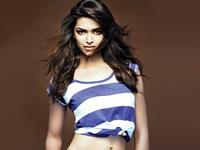