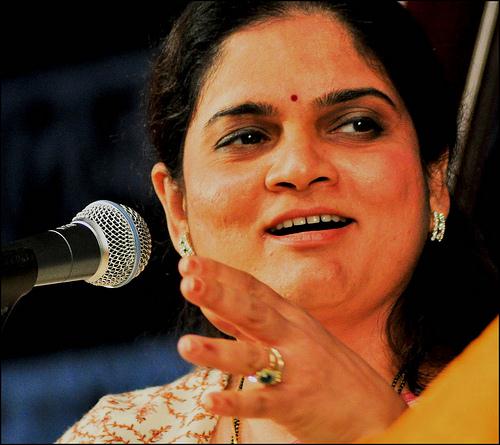 Devaki Pandit is an Indian playback singer. She is also a trained classical singer.

Devaki Pandit gave her to her first stage performance at age nine. In 1977, at the age of twelve she recorded her first song - a balgeet (translation: a song for children) for Polydor Records.

In 1986, she recorded her first playback song for the Ardhangi which went on to win her the Maharashtra State Award for "Best Female Playback Singer".

She is well known for her several Marathi serial title songs especially Abhalmaya of Zee Marathi. Besides Marathi, she has also sung songs in Hindi.

She recently judged the multi episode vocal talent show Sa Re Ga Ma Pa on Zee Marathi and was known to the public for her accurate judgement and excellent guidance.