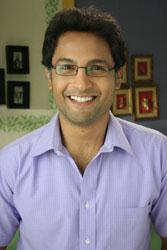 Diwakar Pundir (born 11 November 1975 in Hyderabad) is an Indian actor and a model. He has appeared in a number of films, including Don: The Chase Begins Again. He has won the title Graviera Mr India. He has worked in the TV serial Parivaar Kartavya ki Pariksha and in the Serial Santaan.

Diwakar Pundir was supposed to make his acting debut in around 2003 in a film called Pyaar Kiya Nahin Jata as the main lead, but the film, directed by Mahesh Manajrekar, never got released for unknown problems.