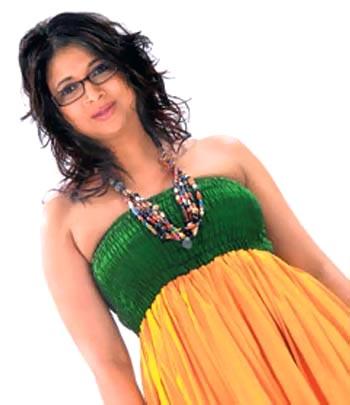 Dominique Cerejo is an Indian female playback singer best known for the song "Yeh Tumhari Meri Baatein" from Rock On!!. She has sung in over thirty bollywood soundtrack albums. She is married to Clinton Cerejo, who also works in the Indian Music Industry.

Dominique used to frequently participate in the competitions held by the Church of her locality and took singing classes later on to get well trained. She also lent her voice for various Ad jingles. Her first break came when Shankar Mahadevan, who worked with her while doing jingles, invited her to sing for the title track for the first album by Shankar-Ehsaan-Loy, Dus. Though the movie was shelved due to the death of the director Mukul Anand, she went on to sing many tracks for Shankar-Ehsaan-Loy and other major composers like A.R. Rahman, Vishal Bharadwaj and Pritam Chakraborty. Despite singing many albums post Dus, she didn't get noticed until her rendition of Yeh Tumhari Meri Baatein from Rock On!! as in most of the songs she used to sing chorus.