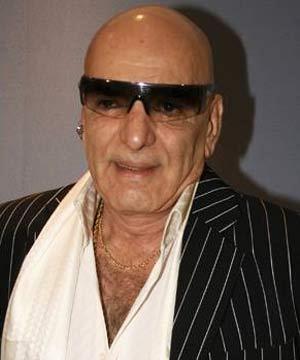 Feroz Khan, September 25, 1939 was an Indian actor, film editor, producer and director in the Hindi film industry. For his flamboyant style, with cowboyish swagger and cigar toting persona which revolutionised the style quotient of the otherwise conventional Filmi hero, he is known as the Clint Eastwood of the East and a style icon in the industry.

He appeared in over 50 films in the 1960s, 1970s and 1980s, and became one of India's best-loved heroes with his role in the 1980 hit film Qurbani, which he also directed. Khan followed this multi-disciplinary achievement by directing more successful films like Dayavan (1988) and Janbaaz (1986). He won the Filmfare Best Supporting Actor Award for Aadmi Aur Insaan in 1970, and was honoured with the Filmfare Lifetime Achievement Award in 2000.

Feroz Khan was born in Bangalore on September 25, 1939. His father was Sadiq Ali Khan Tanoli, an Afghan hailing from the Ghazni province of Afghanistan, and his mother was of Persian ancestry. He was educated in Bishop Cotton Boys' School, Bangalore and St. Germain's Boys High School, Bangalore. His brothers are Sanjay Khan (Abbas Khan), Shahrukh Shah Ali Khan, Sameer Khan and Akbar Khan (director). He has a sister Dilshad Bibi. After his schooling in Bangalore, he arrived in Mumbai where he made his debut as second lead in Didi in 1960.

Through the early 1960s and 1970s, he made low-budget thrillers opposite starlets. In 1962, he appeared in an English-language film titled Tarzan Goes to India opposite Simi Garewal. His first big hit was in 1965, with Phani Majumdar's Oonche Log, where he was pitted against screen idols Raaj Kumar and Ashok Kumar; he gave a notable sensitive performance.

Again, in the same year, he played a sacrificing lover in the mushy musical Arzoo, starring Sadhana. With this, Khan earned his entry into A-list second leads. With the film Aadmi Aur Insaan (1969), Khan won his first Filmfare award for Best Actor in a Supporting Role. He appeared alongside his real-life brother Sanjay Khan in the hit films Upaasna (1967), Mela (1971), and Nagin (1976).

He turned into a successful producer and director in 1971 so as to improve his career opportunities as a leading man with his first directorial film Apradh, which was the first Indian movie showing auto racing in Germany; Mumtaaz was his co-star. He produced, directed, and starred in the 1975 film Dharmatma, which was the first Indian film to be shot in Afghanistan and was also his first blockbuster hit as producer, director, and star and marked appearance of actress Hema Malini in a glamorous avatar.This movie was inspired by the Hollywood film The Godfather.

Throughout the late 1970s and 1980s, he was a leading Bollywood star, directing and starring in many of his films. He also starred in the Punjabi film Bhagat Dhanna Jat (1974). The 1980 film Qurbani, with Zeenat Aman, was the biggest hit of his career and launched the singing career of iconic Pakistani pop singer Nazia Hassan, with her memorable track "Aap Jaisa Koi."

In 1986, he directed and starred in Janbaaz, a box-office hit, which some consider to be one of his best movies, featured an all-star cast and was possessed of great songs and excellent cinematography. In 1988, he directed and starred in Dayavan, which was a remake of a South Indian film titled Nayagan. After directing and starring in Yalgaar (1992), he took a long break from acting for 11 years.

He launched his son Fardeen Khan's career with the 1998 film Prem Aggan, which, however, was a box-office bomb. In 2003, he made his acting comeback as well as produced and directed Janasheen, which also starred his son Fardeen. He always used performing animals in his films—a chimpanzee and lion were used in Janasheen—but People for Animals (PFA) Haryanachairman Naresh Kadyan moved a complaint in the court of law at Faridabad for animal cruelty and legal action as per law against the producer, director, and actor.

He starred alongside his son again in Ek Khiladi Ek Haseena (2005) and made his last film appearance in Welcome (2007).

Feroz Khan was ahead of his time in terms of his unmatchable style, which reflected in his movies and music. His movies like Qurbani and Dharmatma are cult favourites in Hindi cinema. Though he was not considered a superstar, he would remain immortal for several years to come.

In May 2006, Feroz Khan was blacklisted by then Pakistan President Pervez Musharraf when he went there to promote his brother's film, Taj Mahal. In an intelligence report submitted to Musharraf, he was said to have gotten drunk and insulted Pakistani singer and anchor Fakhr-e-Alam and criticizing the country saying:

"I am a proud Indian. India is a secular country. The Muslims there are making lot of progress unlike in Pakistan. Our President is a Muslim and our Prime Minister a Sikh. Pakistan was made in the name of Islam, but look how the Muslims are killing Muslims here."

Pakistan's high commission in India and the foreign and interior ministries were subsequently directed to deny Khan a visa in the future.

Feroz Khan has a son named Fardeen Khan who is married to Natasha Madhwani, daughter of former Bollywood actress Mumtaz. He also has a daughter Laila Khan, who is married to Farhan Furniturewala. Laila was married to Rohit Rajpal, a national level tennis player but divorced him and married Furniturewala in 2010. Although Fardeen and Farhan had their differences and nearly came to blows at a nightclub with each other, Fardeen and Farhan sorted everything out and accepted each other later on. 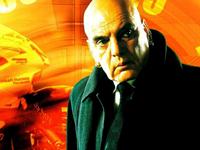