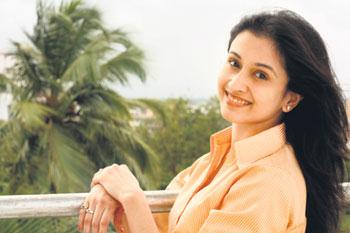 Gauri Nigudkar has done several commercials and acted in Marathi film `Uttarayan`, which is a national award winner (2004). She hopes to create magic in mainstream also.

Betiyan Apni Ya Paraya`Betiyan Apni Ya Paraya` which is slotted from Monday to Thursday at 9 PM aired on Star Plus, can be considered the story of many Indian homes, where son is believed to be the heir of family and daughter is just other`s asset. The story is about six daughters and one son born into Zamidar family of Nilkantha Chandra Rana. Who rebucks his daughters always thinking them as burden. Krishna the eldest daughter and central character played by Gauri Nigudkar based on Lord Krishna`s character.