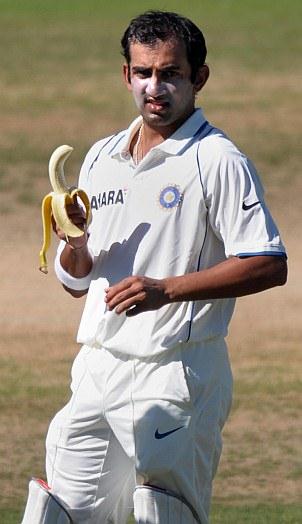 Gambhir had been a prolific run-scorer in domestic cricket with an average of over 50 but his two successive double-hundreds in 2002 (one of them against the visiting Zimbabweans) made him a strong contender for India's opening slot. He is the only Indian batsman to score more than 300 runs in four consecutive Test series.

He is also the only Indian, and one of only four international cricketers, to have scored five hundreds in five consecutive test matches. In 2004, he made his Test debut against Australia in the fourth and last Test match of the Border Gavaskar Trophy but did himself no favours by getting out for 3 and 1. He made amends in his second Test, however, scoring 96 against the South Africans.

He made 97 in Zimbabwe later that year, but failed to reach 30 against Sri Lanka at home, repeatedly struggling against Chaminda Vaas, and was subsequently dropped from the Test team. While Gambhir was out of the Test team, he played a number of One Day Internationals for India between 2005 and 2007. Gambhir scored his second century on that tour and was subsequently selected for the One Day International on India's tour to Ireland in 2007.

Gambhir performed well in the shortest form of the game, ending the tournament as India's top run scorer, with 227 at an average of 37.83, including three half-centuries which included a crucial 75 runs off 54 balls against Pakistan in the final. Gambhir was forced to miss the Test series in Australia due to a shoulder injury. In the 2007-08 CB Series, he scored an unbeaten 102 at The Gabba against Sri Lanka in a match washed out due to rain. Three weeks later at Sydney, he scored a career-best 113 off 119 balls against Australia, in a high scoring match which India lost by 18 runs. In 2008 Gambhir finally solidified his place in the Indian Test team with a string of high scores. Opening the batting with Delhi teammate Virender Sehwag, he scored 858 runs at over 61 in seven matches as of December including a double century against Australia in the Border-Gavaskar Trophy.

He was the leading run-scorer in the Test series against England in December 2008 and against New Zealand in early-2009, meaning that he had achieved this feat in three consecutive series. In the second Test match he scored a match saving 137 in the second innings. He then scored 167 in the second innings of the Third Test to give India an unassailable lead, but rain helped the New Zealand batsmen to hang on for a draw. Gambhir, with 445 runs in six innings at an average of 89, helped India win 1-0 to script a series win in that country after 41 years. He continued his run in the late-2009 Test series against Sri Lanka at home. He scored a century in the second innings of the First Test in Ahmedabad to force a draw after the visitors had taken a first innings lead of more than 300, and then combined in a double century opening partnership with Sehwag on the first day of the Second Test in Kanpur, scoring 167 himself and helping India to score more than 400 runs on the opening day. Gambhir withdrew from the Third and final Test against Sri Lanka at the Brabourne Stadium in Mumbai in order to attend his sister's wedding. In the First Test against Bangladesh in Chittagong in January 2009, Gambhir hid a rapid 116 from 129 balls. In the 29th Test match against Bangladesh at Dhaka he rewrite the history of IVA Richards by scoring most fifties plus runs in 11 consecutive matches. 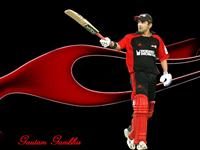 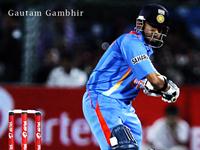 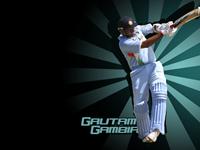 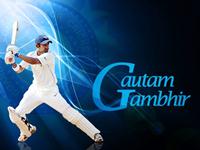 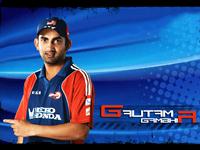 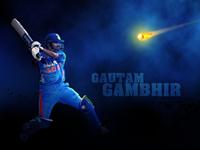 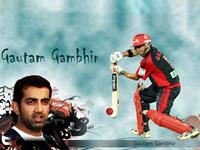 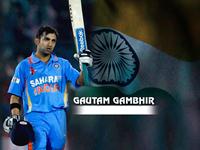