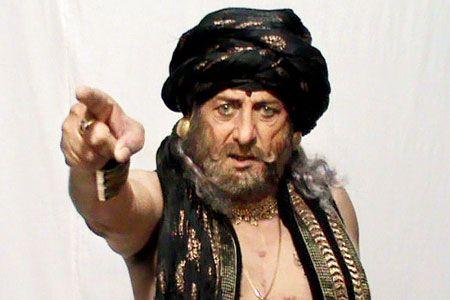 Gufi Paintal is an Indian actor who appeared in some notable Bollywood movies in 1980s, as well as television serials and plays. His brother Kanwarjit Paintal and his nephew Hiten Paintal are also actors. He was born as a Sikh.

Initially trained as an engineer, he would go on to follow his younger brother (who had been trained at the Film and Television Institute of India) into acting. Arriving in Bombay in 1969 and Gufi took up modeling, worked as an assistant director for movies and acted in various movies and serials. He has also directed his brother. His most well-known role is that of Mama (Maternal Uncle) Shakuni in the Mahabharat adaption by B.R. Chopra and his son Ravi Chopra which Paintal himself recognizes as his best role. Indeed, he is so associated with his Shakuni character in India that Paintal presented a political discussion show on the news channel Sahara Samay in the character of Shakuni.