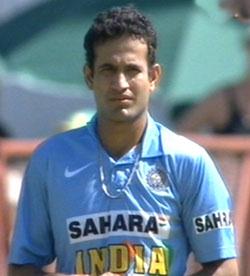 Irfan Khan Pathan was born October 27, 1984 in Baroda, Gujarat, India) is an Indian cricketer who made his debut for India in late-2003 and was a core member of the national team until a decline in form set in during 2006, forcing him out of the team.

In late-2004 he took 18 wickets in two Tests against Bangladesh, but the start of 2005 he performed poorly and conceded runs at a high rate, leading to a brief exile from the one-day international (ODI) team. The bowler improved his batting skills to become a bowling all-rounder, and he opened the batting on occasions in ODIs and scored 93 in a Test match in the role after an illness to Virender Sehwag.

For the first nine months of Chappell's stint at the helm, Pathan performed strongly with both bat and ball, scoring runs regularly and frequently taking top-order wickets. In early 2006, Pathan became the first and only bowler to take a Test hat-trick in the first over of the match. He returned to international cricket in September 2007 for the inaugural World Twenty20, where he took three wickets and was man of the match as India beat Pakistan in the final. In late-2007 Pathan was recalled into the Test team and hit his maiden Test century, but could not maintain his place in the team as his bowling was not effective enough with only two pacemen needed. 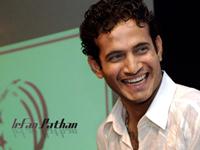 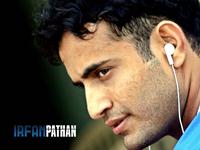 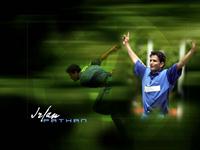 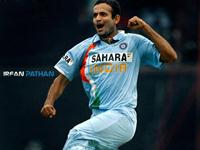 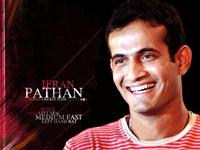 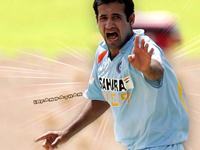 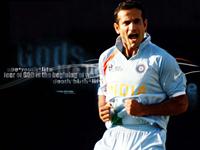 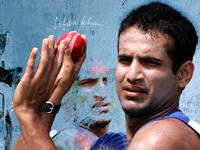 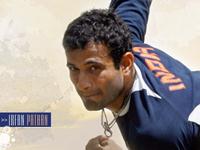