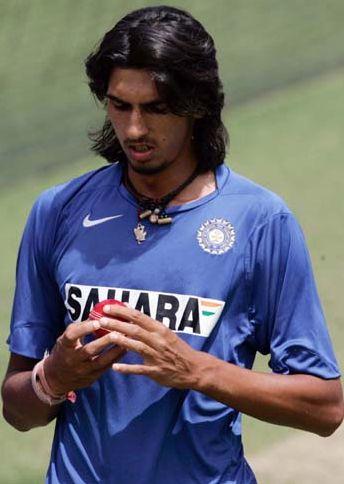 Ishant Sharma (born 2 September 1988, in Delhi, India), is an Indian cricketer. Domestic and first-class career Ishant plays for Delhi in domestic cricket and has taken 21 wickets in four first class games, including a five wicket haul against Baroda on the opening day of a match Delhi drew after failing to bowl Baroda out on the fourth day. Ishant Sharma got a call back in the team in the 3rd Test Match during Pakistan's tour of India in December 2007 due to injury of India's frontline pacers Zaheer Khan, RP Singh, and Sreesanth. On the batting paradise pitch, Sharma toiled hard for cementing and securing his place permanently in the Indian team while picking 5 wickets during the third test in Bangalore.

Sharma was left out in the Boxing Day Test at Melbourne during the Border-Gavaskar Trophy as India retained their main fast bowlers, Zaheer Khan and RP Singh. On the fourth day of the match he bowled an exceptional spell to Australian captain Ricky Ponting that resulted in his wicket and helped India claim victory. He didn't bowl above 140 145km/h mark in the test matches so that he could bowl longer spells as needed in this version of the game. On 10 February 2008, Sharma bagged four important wickets in the 4th ODI of CB Series against Australia. Achievements and abilities Ishant Sharma has been focusing on becoming a fast bowler rather than medium pacer. Under the tutelage of Indian bowling coach Venkatesh Prasad, Ishant has learnt the difficult art of reverse swing which he put in to use to trouble the visiting Australians in 2008.

Ishant Sharma was the discovery of the tour Down Under. This led Australian skipper Ricky Ponting to admit that Ishant Sharma is dangerous. During the 2008 Test series against Australia in India, Ishant was the leading wicket-taker, with 15, and was named man-of-the-series as India won 2 0.

He took Australian captain Ricky Ponting's wicket three times during the series, and six times in as many Tests, making the Indian press label Ponting as Ishant's bunny. On 5 October 2010, Ishant helped VVS Laxman pull off a highly unlikely win over Australia by one wicket in the first Test in Mohali after India had fallen to 8/124 in pursuit of 205. IPL On the basis of his strong performance in Australia in 2008, Ishant Sharma was bought for a winning bid of $950,000 by Kolkata Knight Riders in the player auction for the Indian Premier League. 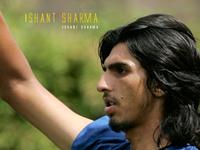 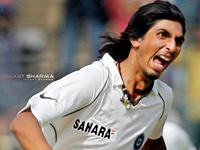 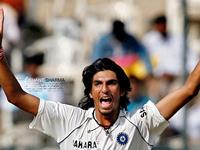 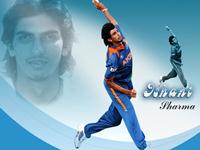 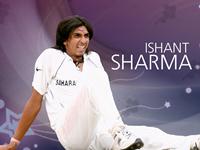 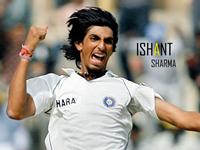 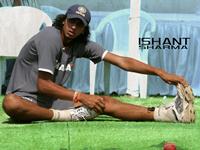 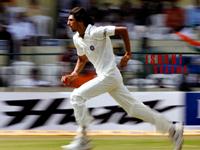 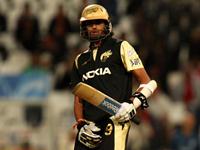