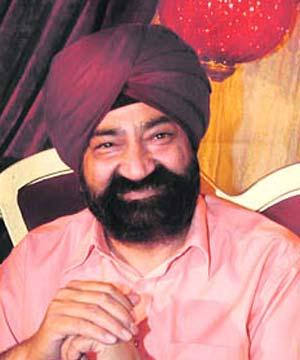 Jaspal Singh Bhatti (born 3 March 1955, in Amritsar, India) is an Indian television personality famous for his satirical take on the problems of the common man. He is most well known for his television series Flop Show and mini capsules Ulta Pulta which ran on Doordarshan, India's national television network, in the late 1980s and early 1990s.

Jaspal Bhatti was born on 3rd march 1955 at Amritsar into a Sikh family. He graduated from Punjab Engineering College, Chandigarh in Punjab, as an electrical engineer. He was famous for his street plays like his Nonsense Club during his college days. Most of these plays were spoofs ridiculing corruption in society. Before venturing out into television, he was a cartoonist for the The Tribune newspaper in Chandigarh.

He married Savita Bhatti on 24 March 1985. In the 1990s, he pioneered the home-made comedy on Indian Hindi TV channel Doordarshan.

His low budget Flop Show show in the early 1990s is remembered even today.His wife Savita Bhatti produced the show and also acted in all the episodes as his wife. Only 10 episodes of the show were ever produced, but the show has had a long and powerful legacy and is well-remembered. One of his co-actors Vivek Shauq has been very successful since his stint in Flop Show, having found a footing in Hindi cinema.

Bhatti's subsequently acted and directed the popular TV series "Ulta Pulta" and "Nonsense Private Limited" for the Doordarshan television network. What attracted audience to his shows was his gift of inducing humour to highlight every day issues of the middle class in India. Bhatti's satire on the Punjab Police Mahaul Theek Hai (1999) was his first directorial venture for a full length feature film in his native Punjabi language. The movie was well received amongst audience for its simple and honest humour. He played the role of Jolly Good Singh, a guard, in the movie Fanaa. He also acted as a comical college principal in Koi Mere Dil Se Poochhe. He also starred in the comedy punjabi film Jijaji.

Bhatti also appeared in SAB TV's "Comedy ka King Kaun" as a Judge,with actress Divya Dutta. In his latest stint, Jaspal Bhatti along with wife Savita competed in popular Star Plus show - Nach Baliye which went on air in October 2008. The couple put their best foot forward to entertain the audiences with their dancing as well as comic skills.

The cartoonist, humorist, actor and the filmmaker is now focusing on acting as he is getting numerous offers from Bollywood producers as a comedian.

Jaspal Bhatti has now set up and is busy with a training schooland studio in Mohali near Chandigarh rightly called "joke factory" which is popular and quite sought after.

After several years now, Bhatti is launched a new 52 episode comedy series entitled "Thank You Jija Ji" on Sony's family entertainment channel, SAB TV. Bhatti, along with wife Savita is busy conducting auditions these days for his new comedy series and other projects. They will be shot at his own film school at Chandigarh.

Bhatti at a recent carnival at Chandigarh has put up a stall displaying various vegetables, daal (pulses) and Oils. The onlookers are invited to throw ring around them to win these costiler goods as prizes to poke fun at the government's failure to control inflation.

India’s leading media critic Amita Malik says of Bhatti: "Bhatti has correct style for TV, an understated, quiet humour which sinks in without shouting, and which mercilessly exposes both corruption in our every day life and the typical people, who thrive on it. The grim fact and the hard truths of our society so bitter otherwise are made so funny through the adept handling of Bhatti, that cleansing laughter is created out of common malpractices." 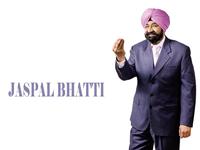 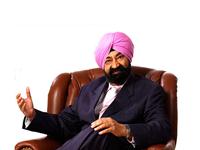 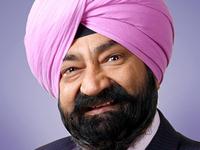 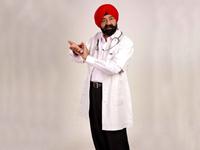 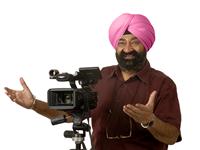 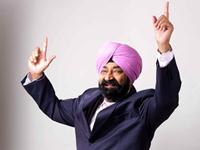 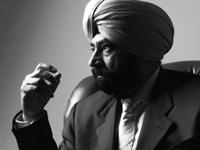 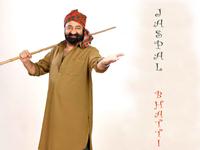