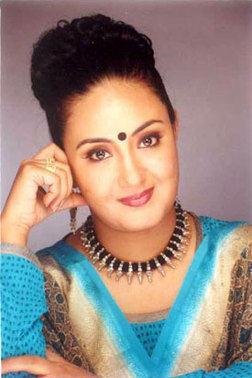 Jaspinder Narula is a noted Punjabi singer and Bollywood playback singer, who shot to fame after the duet "Pyar to hona hi tha" with Remo Fernandes from the 1998 film Pyar To Hona Hi Tha for which she won the 1999 Filmfare Best Female Playback Award. Her other notable films are Mission Kashmir, Mohabbatein, Phir Bhi Dil Hai Hindustani and Bunty Aur Babli. She also a singer of Sufi music, and as well as Gurbani and other Sikh religious music.
In 2008, she won the title of India's Best Live Performer in the NDTV Imagine singing reality series, Dhoom Macha De (2008).
Jaspinder Narula has exclusively appointed her Personal Business Manager Geena Dosanjh. A young vibrant, dynamic young lady from the UK. Platinum Mrgz. Jaspinder’s career in singing began early. Her father Kesar Singh Narula was a music composer of the 1950s. Initially Jaspindar Narula kept away from film singing and specialized in singing bhajans and Sufiana compositions.
She moved to Mumbai a few years later at the advice of noted music director Kalyanji who heard her at the private gathering in Delhi and asked his son and music director, Viju Shah, to give her break in films like Master, Aar Ya Paar and Bade Miyan Chhote Miyan (1998).

She excels in singing folk and devotional songs. She has lent her voice to record numerous music albums for a large number of successful Bollywood films like Dulhe Raja, Virasat, Mission Kashmir, Mohabbatein and Bunty aur Babli to name a few.She lives in Mumbai and is married to a Canada-based Indian businessman. She completed her Ph.D. in Hindustani classical music from Delhi University in 2008. 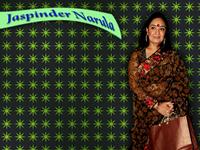 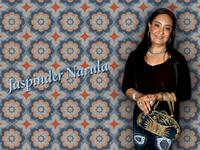 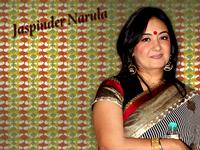