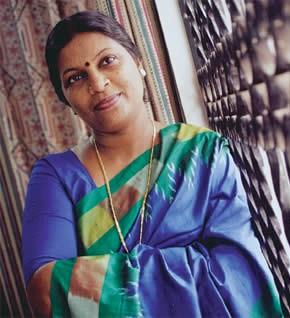 Jency Anthony is a popular South Indian film playback singer who has worked with the film composers like Ilayaraaja in Tamil films.

She was introduced to the Tamil movie industry in the song Vaanathu Poonkili in the movie Thiripurasundari scored by Ilayaraja. Her songs that followed were in many blockbuster movies like Mullum Malarum, Priya.

2010 September Srikanth Deva read one of the Jency interview and decided to give the talented singer a break in one of the movies that he was composing for. This gesture has come as a benediction for Jency. John Mahendran, son of legendary director Mahendran is directing this film.

After the song recording was over, both director and music director were heard saying that even after all these years Jency's voice had not aged. The movie name is Saravedi in which Jeevan acting along with Poonam bajwa.