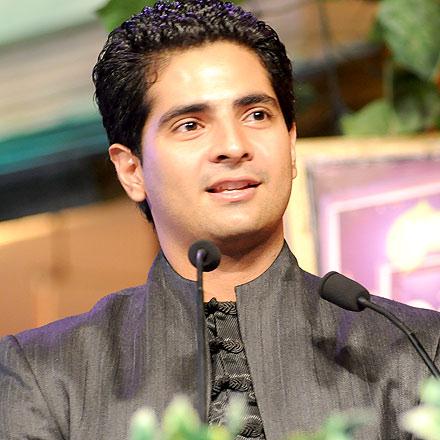 Karan Mehra is an Indian television actor who is playing the lead in STAR Plus serial Yeh Rishta Kya Kehlata Hai. Before acting happened to him, he was a fashion designer from National School of Fashion Technology (NIFT) Delhi. He has worked as a designer for four years in his hometown Noida.

Karan has done numerous ads for various banks and institutions. His latest ad is the VIP ad - with Bollywood actor Shahid Kapoor - Hotspot mobile store and 7UP. Before Karan was selected for Yeh Rishta… he did his acting course from Kishore Namit Kapoor Institute. "It was a four month course and it has helped me open my eyes to a wider range of observation.

Though I felt the heat while facing the camera, my previous experience helped me a lot", says the actor.