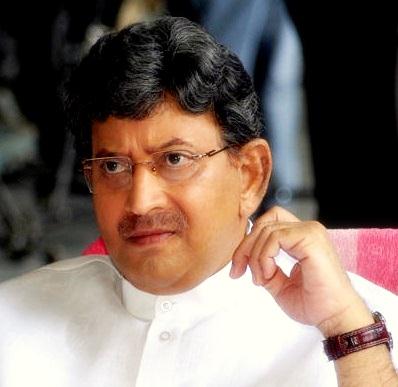 Ghattamaneni Siva Rama Krishna, commonly referred to as Krishna, is a Telugu film actor. A prolific risk taker, his derring-dos have played an instrumental role in enabling the Telugu film industry take a giant leap forward. He is fondly called as SuperStar Krishna by Telugu audience.

Having acted in more than 350 movies, He is credited with introducing many firsts in Telugu film Industry like first Colour movie (Tene Manasulu (1965)), first Cinemascope movie (Alluri Seetharama Raju ), first 70mm movie (Simhasanam), first DTS Movie (Telugu Veera Levara). He is very experimental and the first ever hero to introduce cowboy and James Bond style to Telugu screen. In addition to acting he also directed 17 feature films and produced many films under his Padmalaya Film Studio banner. He was also elected as a Member of Parliament from Eluru under Congress Party. In 2009, the Government of India honoured him with the Padma Bhushan for his contributions towards Indian Cinema.