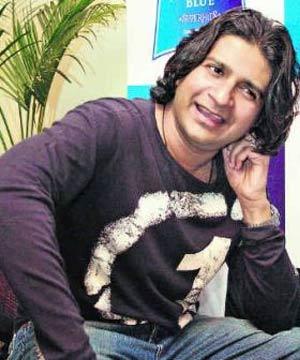 Krishnakumar Kunnath (born August 23, 1968), also known as KK, is an Indian playback singer. He is a prominent singer in Hindi, Telugu, Malayalam, Kannada and Tamil films. Born in Delhi to C. S. and Kanakavalli, a Malayali couple, Krishnakumar Kunnath was brought up in New Delhi. KK sang 3,500 jingles before Bollywood break. An alumnus of Delhi's Mount St. Mary school. He appeared in "Josh Of India" song for the support of Indian Cricket Team during Cricket World Cup 1999. Following this, he released an album called Pal for which he received a Star Screen Award for the Best Solo Album.

Krishnakumar's surname (Kunnath) is not his paternal family name, but his maternal one (Nairs of Kerala are matrilineal).

As a child he wanted to be a doctor. KK gave his first stage performance when he was in the second grade. KK switched from Hindi to English songs during his teens. His versatile voice was soon tapped by various ad agencies in Delhi for jingles. He even formed a rock band with his friends and played drums for two other rock bands and did vocals.

KK married his childhood sweetheart Jyothi in 1991. His son Nakul sang a song "Masti" from his latest album Humsafar with him. KK also has a daughter named Taamara. He has been greatly influenced by the singer Kishore Kumar and music director R.D.Burman.

After graduating from Delhi University in commerce. KK had a brief stint of eight months as marketing executive in the hotel industry. After few years, in 1994, he moved to Mumbai.In 1994, he gave his demo tape to Louis Banks, Ranjit Barot and Leslie Lewis to get a break in the music arena. He was called by UTV and he sung a jingle for Santogen Suiting ad. In a span of four years, he has sung more than 3,500 jingles in 11 Indian languages. He got the first break in Mumbai from UTV to sing jingles. He considers Leslie Lewis as his mentor for giving him his first jingle to sing in Mumbai. KK debuted as a playback singer with A. R. Rahman's hit song "Strawberry Kannae" from AVM Productions's musical film Minsara Kanavu (1997).

He got his Bollywood break with "Tadap Tadap Ke Is Dil" from Hum Dil De Chuke Sanam (1999). However, prior to this song he had song a small portion of the song "Chod aaye hum" from Gulzar's Maachis and "Jab Bhi Koi Haseena" from Priyadarshan's Hera Pheri. Till now, KK has sung more than 500 songs in Hindi and more than 200 songs in Telugu, Tamil and Kannada languages. He has worked with music composers such as Ilayaraja, Deva, Mani Sharma, Yuvan Shankar Raja, Vidyasagar, Pritam, Vishal-Shekhar etc.

In the year 1999, Sony Music had just been launched in India and they were looking to launch a new artiste. KK was selected as the new artiste and he came out with a solo album titled Pal with Leslie Lewis composing the music. Pal was the first album released by KK under Sony Music for which he got the prestigious Screen award as best singer.

On January 22, 2008, KK released his second album Humsafar after a gap of eight years.[12] The songs "Aasmaan Ke", "Yeh Kahan Mil Gaye Hum" and "Rain Bhai [Maajhi]" are famous songs from this album, besides, KK had also sung an English Rock Ballad "Cineraria". The title track, "Humsafar" is a mix of English and Hindi lyrics. Humsafar has 10 songs, out of which eight have been composed by KK. The other two songs were taken from his previous album Pal. He has released his new album named "Soulful Voice KK" with the great numbers.

KK appeared on television too. He was invited as jury member for a talent hunt show Fame Gurukul, but he is clear that he would not like to return to television.

KK is currently participating in the latest musical venture of MTV India called Coke Studio (India). It is a show in the format of a live Jam Session modeled after the original version of Coke Studio (Pakistan). 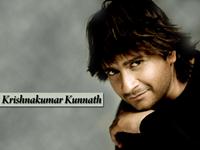 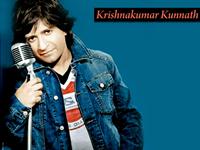