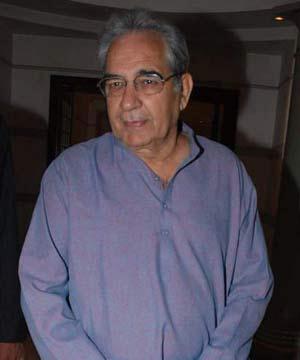 Kulbhushan Kharbanda is an Indian actor, who worked in Hindi and Punjabi films, and is know as character Shakaal in Shaan (1980) inspired by the character of Blofeld from James Bond movies.

Born in Hasnabdal - Kambelpur (now in Pakistan), known for the historic Gurdwara Panja Sahib, his family migrated to India after partition, did his schooling from Minto Circle, S.T High School, AMU, Aligarh and later Kharbanda did his graduation from Kirori Mal College (KMC), Delhi University, where was also part of the KMC Dramatic Society The Players.

After his studies he joined Delhi-based Yatrik, a bilingual theatre repertory founded by director Joy Michael in 1964, and became its first paid artiste, though after a few years Yatrik collapsed as the director was lecturing in US universities. That is when he moved to Kolkata and started with Anamika theatre group with did Hindi theatre, under director Shyamanand Jalan, and when he left Anamika to for Padatik in 1972, he went along, here he worked for a while, before moving to films and Mumbai.

He portrayed Reema Lagoo's husband and Raj Babbar's brother in Shashi Kapoor's Filmwalas Production's, Kalyug. He has also appeared in period pieces such as Jodha Akbar and Lagaan. His most recent film are Aloo Chaatand Team: The Force. He has acted in a number of Punjabi films.

He had also portrayed the hero in the legendary film Chan Pardesi (1980) and also starred in the Punjabi comedy Mahaul Theek Hai (1999). He also has done a German film [2009]. He has also acted in TV series, like Channo Ki Shaadi and Mahi Ve. 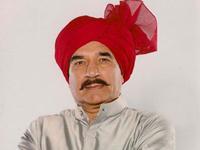