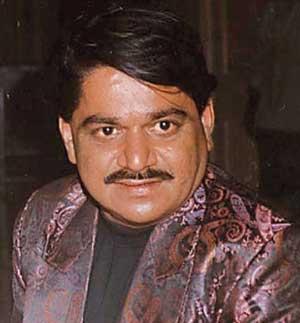 Lakshmikant Berde (3 November 1954 – 16 December 2004; Mumbai) was an Indian actor who appeared in Marathi and Hindi movies.

From his early years, Lakshmikant was interested in acting. His participation in stage dramas during the cultural activities for Ganesh festival celebrations performed at Konkanasth Vaishya Samaj, Girgaum got him interested in acting. He won awards for participation in inter-school and inter-college drama competitions. Following this, Berde started his acting career with the Mumbai Marathi Sahitya Sangh. In 1983, he appeared in his first major play, Purushottam Berde's Tour Tour which was a hit.

In Marathi films, he was always the lead in movies directed by Mahesh Kothare. In the last years of his life, Berde floated his own production house, Abhinay Arts, named after his son. Very few know that Laxmikant Berde was very good Ventriloquist and Guitar player.

Laxmikant and Ashok Saraf made an unseparable pair in 80's, with films like Changu Mangu, Ashi Hi Banwa Banwi, Dhum Dhadaka, and Eja Beeja Teeja. It was an era of Marathi film industry that will be known for Laxmikant Berde and Ashok Saraf.

Lakshmikant Berde died in Mumbai on 16 December 2004 from to a kidney ailment. The who's who of Marathi film industry gathered to bid a tearful farewell to this fine actor. Mahesh Kothare, Ashok Saraf and Sachin Pilgaonkar were amongst those who were inconsolable.